14 Bugesera District Officials Summoned to Meeting and Given “Resignation Letters” 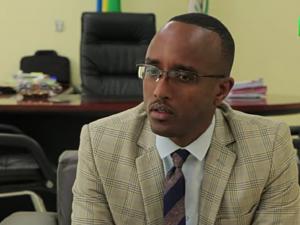 On Monday and Tuesday, the Mayor of Bugesera district Richard Mutabazi, sent SMS messages to each of 14 Cell executive secretaries. They each had a different time for the meeting. The district has total of 72 cells.

On arrival in the meeting room, this is what each of the 14 targeted officials experienced: you found a letter in front of your seat which you were required to sign.

The letter, copy of which we have seen, reads that the district’s pace of development is too fast and you are unable to manage and therefore you are asked to sign that you have decided to resign. Each of the cell executive secretary was told that an evaluation was done and you did not meet the threshold.

Inside the meeting room there were all the top political and security leaders of the district. There was mayor, vice for social affairs, RDF commander, District Police Commander (DPC), RIB official, NISS official, prisons official and district executive secretary.

However, in those meetings, the vice mayor for finance and economic development Angelique Umwali was not in the meeting. And that is part of the reason some of these sacked officials claim they were forced to leave their posts.

However, some of these cell executive secretaries doubt the reasons they were forced to resign has anything to do with their performance. Some have letters given to them in November and December 2019 offering them bonuses for exceptional performance and one of them actually had his salary increased.

“Twenty days (20) later in first month of January 2020, I wonder how suddenly am not performing yet I was praised and rewarded at end of last year,” wonders one of them.

The affected cell executive secretaries agreed to speak on condition that their idenities were not revealed. They provided the SMS messages exchanged with mayor Mutabazi, and the so called resignation letters.

Not all the 14 agreed to sign the “resignation letters”. Seven of them refused. And whoever refused to sign the letter before them, they were not allowed to leave, instead were briefly kept in separate office.

In some of the subsequent SMS with mayor, the affected officials express disappointment for having been forced out, to which the mayor replies that they should look around if they find any jobs, the mayor would help them apply to get those appointments.

This wave of supposed resignations started following the abrupt decision by President Kagame to postpone indefinitely the annual signing of performance contracts (Imihigo) on August 13 last year. It is said Kagame held a meeting with the Prime Minister Dr. Edouard Ngirente in which it was agreed the mayors had not done a good job.

Each year, all the 30 district mayors come up with targets, and they sign for them in the presence of the President. It is a big ceremony, at which the grading of all the districts for the previous year is released and the top 3 are awarded.

On September 3-4, some two weeks later, within 24 hours, at least 9 district mayors across the country announced they were resigning. Since then, different local officials have been said to have resigned. The question has however been; do they resign at will or are forced out?

This case of Bugesera district is the first one where those forced to leave their jobs, have come out to contest the decisions. It also gives idea of how it all starts, until given officials are announced to the media that “they have resigned”.

For the case of Bugesera district, those who refused to sign the letters say they were threatened and told they are resisting state authority, which is a serious a case for anyone. Some of those interviewed said they were thrown out due to a conflict between the mayor and vice mayor for finance and economic development, who was not in the meeting.

The cell officials say the power politics at the district is organised in such a way that they laid allegiance to either the mayor Richard Mutabazi or the vice mayor Angelique Umwali. There are other different power centers.

“What has been happening is that you work for a person, not the district as an institution. Some of us have been spending our salaries buying alcohol for our superiors so that you have someone to protect you,” said one of the affected Bugesera district officials.

Some also said conflicts emerge between cell executive secretaries and other local officials when they try to intervene to stop an activity that serves a given official. For example, a cell executive secretary may attempt to stop illicit alcohol, which could be benefiting a DASSO official. In such a case, the DASSO official will send negative reports on you to the district, which affects your performance grades.

In interview, Bugesera district mayor Mutabazi vehemently denied any meetings were held. Despite being shown SMS , which he had sent to the sacked officials, Mutabazi denied any such SMS were sent.

He said the officials “resigned on their own”, and he did not want to discuss the issue any further.

Told of the fact that in those meetings, there were security officials, he said: “There is nothing like that.”

Following the national mass “resignations”, which have been named ‘tour du Rwanda’ by local media, Local Government Minister Prof Anastase Shyaka said there was nothing wrong with people throwing in the towel.

“Some local leaders are being dismissed by Districts’ Councils or requesting them to accept their resignation as per the law. Accountability deficits, failure to respond to citizens’ needs and inefficiency in delivery are the underlying causes,” said the Minister in a tweet on September 4 last year.

Minister Shyaka explained that 2019 was the last year of delivering on Vision 2020 and towards midway to National Strategy for Transformation (NST 1) Delivery in 2024 whereby every day counts.

“There is nothing to worry about! This is a usual process in a country like Rwanda, firmly grounded in the principles of Good #Governance, anchored in #Decentralization and #Citizen- centredness; #Democracy and #Accountability. #DukomezeImihigo,” hw said.