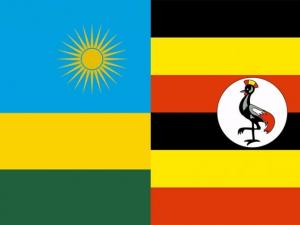 A closer look at the individual officials in the Uganda government, who have been tasked to work hand in glove with the terrorist groups working to destabilize Rwanda, brings to mind Lord Polonius’ famous line “Though this madness be, yet there is method in it,” in William Shakespeare’s Hamlet performed in 1602.

For all that has been said about Uganda’s sustained efforts to destabilize Rwanda, including the vain argument that Museveni’s minister for regional affairs, Philemon Mateke, is too old to be involved in any war effort, there is evidently method in the madness.

For people of a certain demographic, both in Rwanda and Uganda, especially those who went to high school in the early and mid-1970s, and those who have closely followed Uganda’s regional affairs minister, Dr. Philemon Mateke’s political ideology, President Museveni couldn’t have picked a better-suited individual to execute and coordinate the anti-Rwanda terrorist organisations, including the Forces Démocratiques de Libération du Rwanda (FDLR) and the Rwanda National Congress (RNC).

Philemon Mateke’s history of hate directed against the Tutsi is a matter of public record that dates back to his days as a high school teacher in the 1970s.

When President Museveni added this particular responsibility to his ministerial duties, he knew pretty well, Mateke was the man for the job.

Following the recent public revelation of his role and association with the terrorist groups targeting Rwanda, Mateke released a rather bizarre and incoherent statement, on December 19, 2019, purporting to defend himself and not his government.

He pulled out one of the most notorious genocidal figures ever recorded in history, Joseph Gobbles, comparing him to Rwanda’s Minister of State in Charge of East African Affairs, Olivier Nduhingirehe.

Gobbles was Nazi Germany’s top official and propagandist who played a singularly critical role in the Holocaust that targeted Jews in Europe in the mid-20th century. This is a particularly sick comparison coming from a history teacher known for his hate ideology.

Philemon Mateke first unveiled himself as a man motivated by ethnic hate in the early 1970s.

As a teacher at Mutorere Secondary School in Kisoro, Western Uganda, he secretly mobilized Hutu students who hailed from both Kisoro and Rwanda to attack fellow students who came from camps that hosted Rwandan refugees in Uganda.

Targeted along the Rwandans, were Bafumbira Tutsi students, who were legally Ugandan citizens.

After vicious attacks, with a number of students sustaining serious injuries, calm was restored when government officials and soldiers from Kabale, the then Kigezi district headquarters intervened and put an end to the attacks.

Soldiers were deployed at the school for about two weeks to protect the targeted students, with intense night patrols, after learning that the attacking gangs unleashed their violence after dark.

Among the attacking crowd were students from Rwanda who had crossed the border in pursuit of education, prominent among them a certain Casimir Bizimungu, one of many Dr. Mateke had helped secure admission to the school.

Bizimungu who later became minister of Health and subsequently minister of Foreign affairs, in the Habyarimana regime, in the end, became one of the top architects of the 1994 genocide against the Tutsi.

Evidently Philemon Mateke’s hate ideology did not start yesterday; he started grooming and mentoring future genocide perpetrators decades ago. His active and enthusiastic involvement with FDLR and RNC is a natural progression of a lifetime commitment.

It doesn’t matter what regime is in office in Kampala, Mateke has always been consistent with his ideology; whether as a school teacher in the 1970s Uganda of Idi Amin, as a cabinet minister in Milton Obote’s Uganda People’s Congress regime or indeed under Museveni’s rule where he has been given free rein to realize his life-long dream.

When President Museveni “captured power” in 1986 as National Resistance Movement (NRM) cadres love to put it, Philemon Mateke was the only one among, all UPC ministers and top officials who chose to flee to Kigali.

He relocated to Kigali, Rwanda at the height of the Habyarimana genocidal regime, as his colleagues sought refuge in English speaking countries where they stood a chance of employment as professionals.

Mateke, a Ph.D. holder who could have easily secured a relatively comfortable employment in many English-speaking countries, including those in East Africa, as well as Southern Africa, where many of his former fellow ministers found good jobs, he chose  to stay in the company of Habyarimana’s inner circle, well aware that he could not be formally employed on account of being a non-French speaker.

But again. Who needs a job when he is a special guest of the state?

Mateke’s position in his December 19, 2019 statement that he was defending his “character” and not the regime he serves as a minister has a perfectly valid explanation when you come to think of it.

How could he defend a government whose delegation, during the December 13, 2019 talks in Kampala, threw him under the bus?

They did not even attempt to defend him against the overwhelming evidence presented by the Government of Rwanda’s delegation, pinning Mateke and exposing his role as the chief co-ordinator of the terrorist groups that are targeting Rwanda, with support from the Ugandan government.

Given the air-tight evidence, Uganda’s Foreign affairs minister, Sam Kuteesa and Chieftaincy of Military Intelligence (CMI) Brig. Kandiho had no choice but to remain quiet.

According to the CMI’s propaganda outlet, Chimp Reports, December 19, 2019 issue, United Nations investigators asked to interrogate minister Mateke, but were denied permission by the Uganda government.

If the man is so innocent as he would want the world to believe why would his government ensure that he doesn’t talk to United Nations investigators?