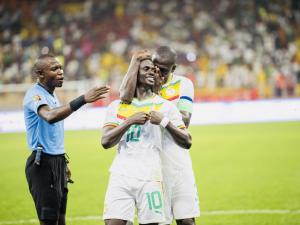 Senegal had to wait until deep in stoppage time to secure a narrow victory over Rwanda in their second African Cup of Nations (Afcon) qualifier thanks to Sadio Mane’s last-minute penalty.

Initially, Rwanda was supposed to host Senegal at Huye Stadium but the game was moved to Stade Abdoulaye Wade in Dakar after both countries agreed to switch qualifiers due to renovations delays in Huye.

For his second game in charge of Amavubi Stars, head coach Carlos Alos Ferrer made just two changes to the side that started in the draw with Mozambique last week.

At the other end, the reigning African champions played a near full-strength side which included seven players who started the Afcon final against Egypt four months ago.

Aliou Cisse’s men dominated much of the game but could not create clear-cut chances against the Rwandan defense who looked stubborn.

And just when most thought that it would be a goalless draw, Mutsinzi Ange fouled Saliou Ciss into the penalty box and the referee Jean Jacques Ngambo Ndala pointed to the spot.

Mane stepped up to convert the resulting penalty eight minutes into added time and clinched an important victory for Senegal.

The goal is Mane’s 33rd for his country.

After the game, coach Carlos said was ‘angry’ but satisfied with the performance.

“ First of all I want to congratulate my players because they did a great job.I recognize they tried, they ran, tactically they played as I wanted.They made everything as I wanted, they can do nothing else.

“Second, we know that we are playing against Senegal.WE have big respect for Senegal as I said yesterday, they are one of the top teams in the world in my opinion but we were not here to waste time.As a coach I try to win every game.” he added

On the penalty, Carlos said “ I don’t know. I have to see the action on television and then I will tell you. I was angry but I don’t want to criticize before I check.

Senegal are now top of Group L with six points in two games ahead of Rwanda and Mozambique who have one point each.

Benin will host Mozambique later today in the group’s other game.