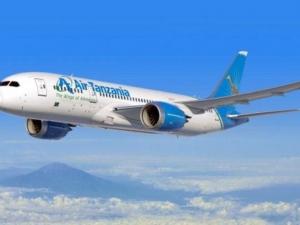 The announcement comes after Tanzania on Friday October 8 received a delivery of two Airbus A220-300 aircraft to make up a group of four A220s in its fleet.

Speaking to journalists ATCL spokesperson, Josephat Kagirwa said the new international routes will include Dar es Salaam to Bujumbura that starts on November 8, and Dar es Salaam to Ndola Zambia and Lubumbashi starting from November 18.

The carrier will also launch a new route to Kenya’s capital Nairobi on November 26, the last time that ATCL flew the route was in 2006.

He noted that they will also resume flights to Mtwara on November 10, after they suspended the route as a result of airport maintenance which has been completed while at the same time they will start a new route starting Dar es Salaam via Dodoma to Mwanza on November 5.

This he said was part of the company’s five-year strategic plan that started in 2017 which included expanding and starting new trips as a result of increasing its fleet size.

"Last week we brought in two new flights that were received in Zanzibar namely Airbus 220-300 with a capacity of 132 passengers and take off weight of 68.9 tons, they also have entertainment segments for both adults and children,” he said.

In another development, he admitted that their flights have been delaying to take off mostly caused by flight technicalities.

"To ensure our passengers travel safely we cannot allow our planes to take off when a fault has been discovered, but we are working on it to ensure we arrive on time and take off on time," he said.