ATCL plays down the impact of Airbus grounding 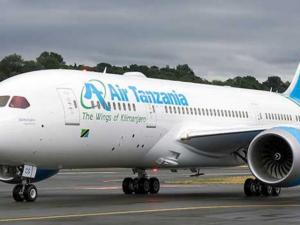 Dar es Salaam. Air Tanzania Company Limited (ATCL) yesterday played down the impact of the grounding of three of its four Airbus A220-300 passenger jets, saying the effect was “minimal”.

The airline last Thursday announced the temporary suspension of some of its services because of engine maintenance on some of its Airbus A220-300’s.

Mr Matindi told The Citizen the impact was there, but it was not significant because the affected aircraft were only used sparingly on domestic flights, which account for the bulk of the airline’s operations.

ATCL flies to 24 destinations from its Dar es Salaam hub, with 14 being domestic flights.

“We mostly fly the Airbus planes to destinations with a sizeable number of travellers,” he said, and mentioned Mwanza, Kilimanjaro, Mbeya and Zanzibar as destinations served by that aircraft type.

“With the grounding of our three Airbuses, there is an impact alright, but it is hardly being felt.”

Mr Matindi said the airline was working to normalise the situation following the grounding of the three planes, adding that they were in talks with the jets’ manufacturer on the possibility of making it possible for ATCL to lease replacement aircraft.

“Yes, they are supposed to compensate us, but we don’t see it (compensation) working for us because it can’t be enough to enable us to lease aircraft.

“We want aircraft, and not compensation, and that is why we are in talks with the manufacturer to consider giving us compensation that will enable us to lease aircraft.”

ATCL announced plans to reduce the number of flights to match aircraft availability.

The decision, said Mr Matindi, was temporary as ATCL technical teams were working in accordance with the recommendations of the manufacturer.

Meanwhile, the airline’s A220 fleet remains grounded for the foreseeable future because the problem is not particular to ATCL, but has affected other operators across the globe as well.

“We are still far down the manufacturer’s queue for repairs. Until the engines are in the repair shop, we cannot know exactly when the issue will be resolved,” Mr Matindi said.

However, he added that the airline would by next week be in a position to state a target date by which it hopes the issue would be resolved.

Tanzania Civil Aviation Authority Consumer Consultative Council (TCAA CCC) executive secretary Innocent Kyara welcomed the grounding of the Airbus jets, saying it was a good decision as far as the safety of ATCL customers was concerned.

“There is no room for compromise on air safety,” Mr Kyara told The Citizen yesterday.

However, he was of the view that ATCL should consider leasing aircraft so as to normalise operations on the affected routes.

This in turn, added Mr Kyara, would prevent unnecessary flight delays and cancellations.

He differed with Mr Matindi on the magnitude of the impact of grounding airbus.

“Grounding three of the four Airbuses could have a big impact. If there is no impact, then what is the point of having all those four Airbuses?” he queried.

They include leasing aircraft, if its contract with the government allows it, as well as transferring customers to other airlines under interlining agreement whenever the need arises.

“It (ATCL) has to weigh between the two options, and go for the economical one,” Mr Fimbo told The Citizen yesterday.