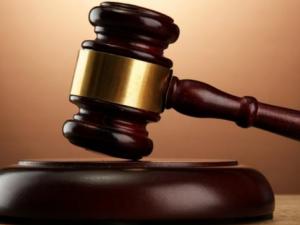 Nyarugenge Primary Court will on Monday afternoon deliver its ruling on the bail application by two men charged with killing a female student at the University of Rwanda, College of Science and Technology.

The two suspects, Emile Niyigaba and Emmanuel Nsengimana, were apprehended earlier this month in connection with killing Sandrine Imanishimwe, who was found dead at the institution’s campus in Kigali on September 8.

The 21-year-old’s body is said to have been found with injuries on her head.

On Wednesday last week, the two suspects were arraigned before the same court, during which they were charged with the murder of the freshman college student.

Niyigaba was the deceased’s boyfriend, while Nsengimana is his close friend.

According to prosecution, Niyigaba and Imanishimwe had challenges in their relationship, and only a day before she was killed, she had written to him calling it off.

She had accused the boyfriend of being unfaithful.

The prosecutor said that during an interrogation that followed their arrest, the two admitted that they had indeed conspired to kill her.

The suspects said they had strangled Imanishimwe using a scarf before they hit her on the head with a metallic object which killed her.

It is said that the murder took place on the school premises, but the suspects had said during interrogation that they pulled her body and placed it near a path where she was later discovered by fellow students.

However, during the court hearing, they both changed the story and instead denied the charges saying that they had pleaded guilty under duress.

The prosecutor said that these claims were fabrications by the accused, saying that they made these statements out of their volition.

He asked that court remands them, saying that they were a flight risk, should they be given bail.

The suspects were arrested from Huye District, where they are both said to hail. The deceased also came from the same area.