BBC shuts office in Burundi after talks with government fail 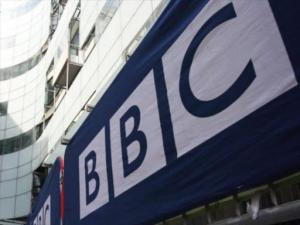 After the British Broadcasting Company (BBC) had failed to solve the issues with the government of Burundi, now the UK-based Radio has decided to close down its office in Burundi, in Bujumbura

This was said by BBC Africa Journalist, Nick Erickson, where he wrote on Twitter that the BBC is ‘going to close down its office in Burundi after the BBC’s failure to sort out the issue that soured relations between Gitega Government and BBC.

The BBC is closing its bureau and operations in Burundi until further notice after efforts to resolve issues with the authorities there failed. In March the government banned BBC transmissions and anyone in the country from providing information to the BBC.

“The BBC is closing its Bujumbura bureau and ceasing operations in Burundi.

In March, the government banned BBC transmissions and blocked journalists from providing information to the BBC.

“The CNC has decided to withdraw the operating licence for BBC... and VOA programmes will still be suspended until further notice,” CNC chairman Nestor Bankumukunzi said at the time.

“All Burundian and foreign journalists who are in the country are forbidden from reporting or giving information directly or indirectly to the BBC and VOA,” added Bankumukunzi.

There has been growing international concern about the freedom of the press in Burundi.