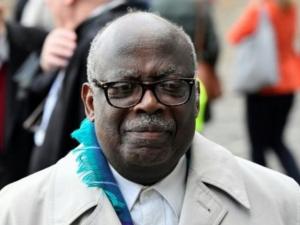 Fabien Neretse, a man who has been on the run for over two decades on Thursday appeared before a Belgian court to answer charges related to his role in the 1994 Genocide against the Tutsi.

Neretse, 71, appeared before the Brussels Court of Assizes.

Born in Mataba, current Gakenke district, Neretse is an agricultural engineer with a degree from Stuttgart in Germany. He held different senior positions in the civil service from the late 1970s up to the time of the Genocide.

Among other duties, Neretse worked as a researcher at ISAR (Institute for Agronomic Sciences in Rwanda), then a co-director of an agriculture extension project covering the region of Bugesera-Gisaka-Migongo, which taught agricultural methods to the rural population.

Between 1989 and 1992, Neretse also served as director of OCIR-café, the parastatal that regulated the production and marketing of coffee.

The Belgian Federal Prosecutor’s Office, represented in court by Arnaud Oultremont, based on several testimonies to describe Neretse as a planner of the genocide against the Tutsi.

All charges originate from the school Neretse founded in his birthplace, which he named ACEDI-Mataba school.

As early as February 1993, when tensions were rising in the country, extremist Hutu students at the school had free-reign to attack fellow students from Tutsi families.

According to prosecution, Neretse then decided to recruit about ten young men ostensibly to guard the school but in actual sense, they were deployed to train students on the use of weapons including guns.

On the basis of several testimonies, the prosecutor asserts that these young people then formed, in April 1994, an Interahamwe militia whose base camp was the school.

They were the same people that would play a key role in the massacre of Tutsis in this Gakenke region.

The prosecution also accuses Neretse of having abetted the massacre in Kigali that saw 11 people killed, and of having created, maintained and financed an Interahamwe militia, responsible for many massacres in 1994.

According to the prosecution, two days after the start of the Genocide in April 1994, families of journalist Joseph Mudatsikira, Isaie Bucyana, Evariste Sissi and Gerard Gakwaya tried to leave their homes in Nyamirambo to join a UN peacekeepers’ protected area.

As they gathered in the compound of the Sissi’s home, two military trucks arrived all full of soldiers and Interahamwe militiamen and according to prosecution, it was Neretse who called these killers.

After severely beating them, the soldiers then triggered fire on them.

However, the defendant denied this saying he was a friend to the Sissi family.

The trial, which continues Friday, is expected to run up to December 16.

According to prosecution, over 100 witnesses were interviewed during the field visit by Belgian court officers to Rwanda, and it is on these testimonies that they relied to build a case about him.

Prosecutor General Jean-Bosco Mutangana recently told The New Times that trials like these are another step in holding to account Rwandan genocide fugitives for their atrocities.

He added that “these trials remain a key demand of Rwandan survivors. I trust they will be conducted in ways that reflect their needs and expectation.”