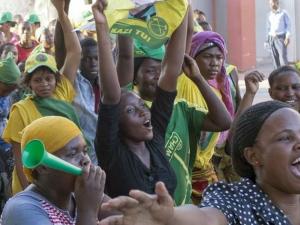 Once again Tanzanians prepare to choose their leaders in a general election to be held in October. This past week, all eyes were on the ruling Chama cha Mapinduzi as party primaries kicked off in earnest.

In an expected trend, 36 sitting CCM legislators were trounced in the constituency primary polls.

They include Harrison Mwakyembe, a sitting minister on President John Magufuli's current Cabinet (Information, Sports and Culture), and deputy minister Omari Mgumba (Agriculture), who were seeking the Kyera and Southeast Morogoro constituencies respectively.

Also trounced were two ex-ministers under President Magufuli, Charles Kitwanga (formerly of Home Affairs) and Jumanne Maghembe (formerly of Tourism), and at least seven former opposition legislators who had moved to CCM over the past year or so.

Getting through the primaries though is just the first hurdle. There will be a vetting process at various levels to choose candidates to carry the party's green and yellow flag into the election campaigns scheduled to kick off on August 26. But, as has happened before in the CCM elections, initial losers are expected to be squeezed through the party vetting process.

One of the factors to be looked into during the two-week vetting process is possible bribery as the ruling part strives to cleanse itself of its reputation of condoning election-time corruption.

Along with concerns of favouritism at higher party decision-making levels, there are chances that many of those who fared badly in the primary polls could still be endorsed as parliamentary candidates.

Being among the few surviving parties of Independence on the continent, CCM also happens to be the dominant party in the country in all aspects, and a party ticket is usually assurance of winning in the national election.

Furthermore, the shrinking of the democratic space and open opposition harassment over the past five years have led to an increasing number of parliamentary aspirants concluding that they would stand a better chance of winning on a ruling party ticket.

CCM primaries are thus popular, not just with supporters but also political analysts. This week’s primaries, held countrywide on Monday and Tuesday, drew a record number of aspirants from all walks of life - the rich and the poor, educated and uneducated, ex-government officials who opted to resign their previous positions and instead contest parliamentary seats against prominent businessmen, academics, clerics and entertainers.

Political pundits say many of the aspirants are not offering themselves to serve, but are looking for the handsome payment that comes with the job.

At the end of their five-year stint in parliament, they are entitled to a Tsh240 million ($104,350) lump-sum golden handshake. They are also covered under a health insurance for themselves and their families: The insurance premium and pension fund payments do not come out of their salaries.

Meanwhile, election preparations in opposition parties have so far been mostly confined to the presidential race. Chair of the Civic United Front (CUF) Ibrahim Lipumba confirmed on Thursday that he too would toss his hat into the ring against President Magufuli, who is seeking re-election for a second and constitutionally-final term in office.

Prof Lipumba is one of two CUF members who have applied for the party's candidacy, which will be decided at CUF's National Congress on Monday (July 27). The other aspirant is Chief Lutalosa Yemba. At least five CUF members are vying for the Zanzibar presidency ticket.

CUF is the former party of Zanzibar's veteran opposition strongman Seif Shariff Hamad who, at age 77, is running for the Isles presidency for a sixth successive time on the ACT Wazalendo ticket.

On Thursday, the National Electoral Commission (NEC) announced that presidential candidacy forms would be available to all contesting parties from August 5 to August 25, and forms for parliamentary and wards councillorship aspirants from August 12 to August 25.

The official campaign period is slated for August 26 to October 27, ending on the eve of polling day on October 28.

Opening the new NEC headquarters in Dodoma on Wednesday, President Magufuli reiterated his earlier statement that the election would be free “if all the contesting parties conduct their campaigns in a peaceful manner.

"Unrest does not build, it destroys. Any party or candidate that insists on creating unrest during the campaigns will be shooting themselves in the foot. I personally believe that the election will be free and everything will work out fine."

He said all parties would be given "full co-operation" during the campaigns.