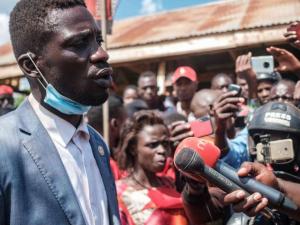 Ugandan presidential candidate Robert Kyagulanyi, better known as Bobi Wine, on Tuesday suspended his campaigns over “the continued [police] brutality and killing of his supporters.”

On Tuesday, his aide and a police bodyguard were among people injured when police fired teargas and rubber bullets to disperse supporters at Kyampisi Trading Centre, Kayunga District in central Uganda. 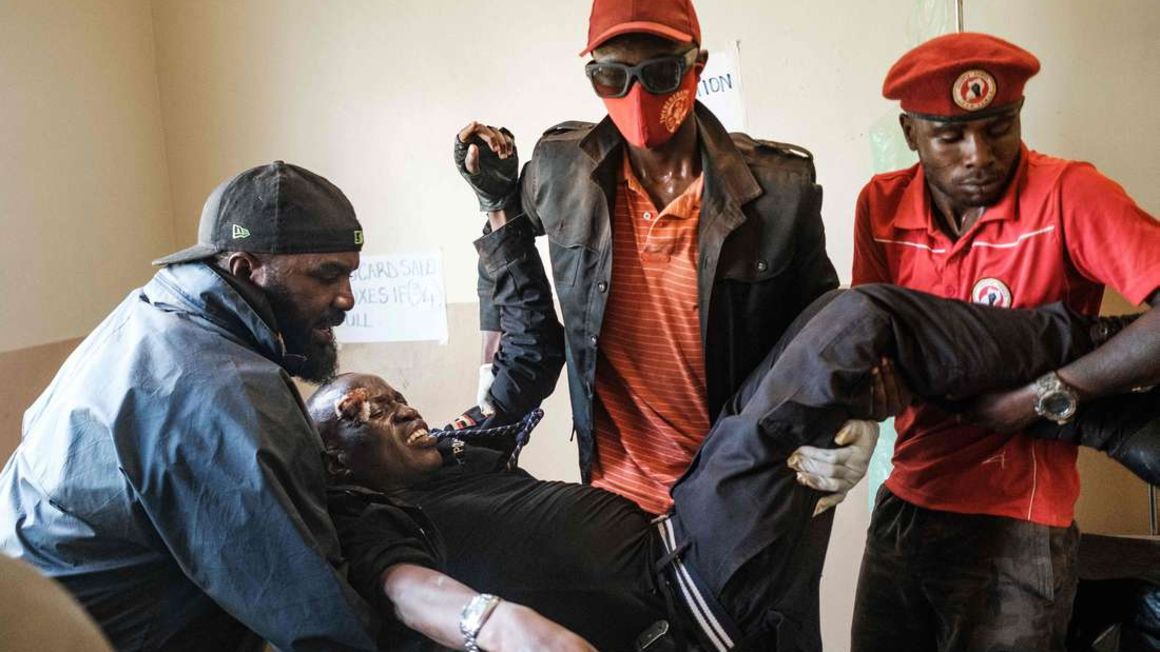 An injured man who was hit by a tear gas cannister used by police to disperse Bobi Wine's supporters is carried into a hospital in Kayunga, Uganda, on December 1, 2020. PHOTO | SUMY SADURNI | AFP

The injured were rushed to Nazigo Health Centre III before being moved to Mulago National Referral Hospital.

Mr Kyagulanyi’s car was also shot at as he attempted to bypass a military blockade as he arrived in Jinja City for his second rally.

At the old Nile Bridge, police and army personnel diverted him towards Budondo Village where he was set to address his supporters. But after the diversion, Mr Kyagulanyi tried to access Jinja City through one of the roads that had been blocked by the police and the army. Officers shot his car tyres and shattered the windscreen. Mr Kyagulanyi, who is running for presidency on National Unity Platform (NUP) party ticket, accused the Justice Simon Byabakama-led Electoral Commission (EC) of keeping silent even as police continue to target his supporters.

“Do they want me killed before they come out? Are they even in charge of this election or they are hoodwinking Ugandans?” Mr Kyagulanyi said.

“Over 100 people were killed two weeks ago during the riots, although the government only mentioned 54. I was abducted at the nomination centre right in front of EC, my campaigns have been blocked and just yesterday (Monday), five people were killed. In all this, EC has been quiet.” 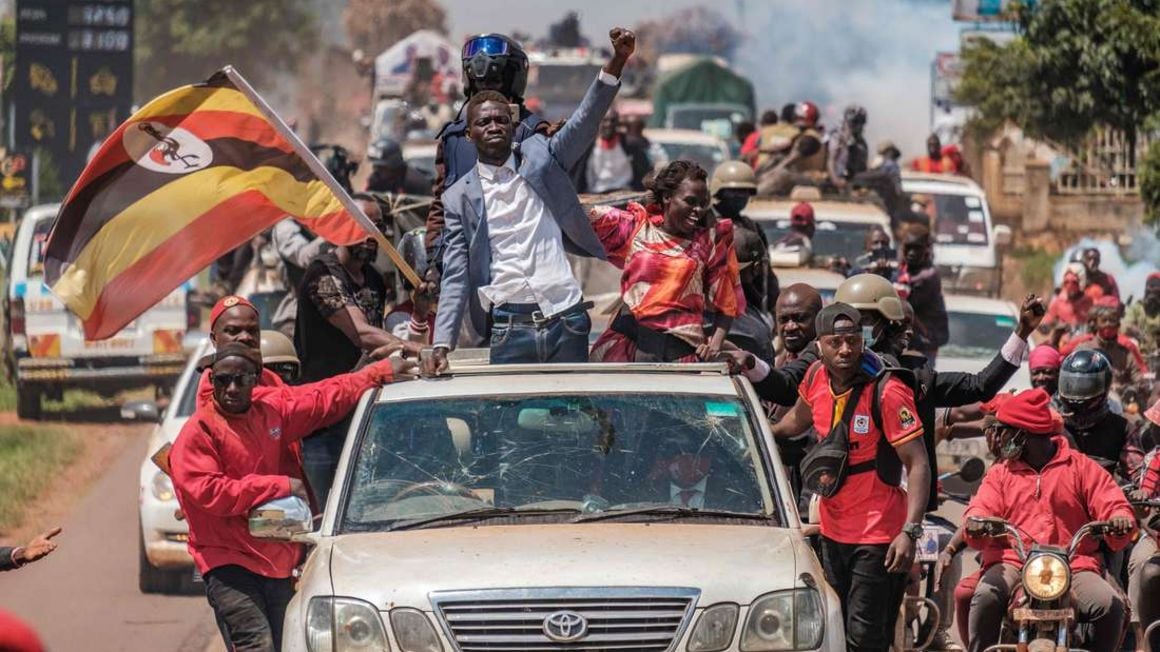 The NUP leader asked his supporters to remain calm and said he would seek a meeting with the EC on Wednesday to discuss the way forward.

Tuesday’s shootings in Kayunga and Jinja came five days after the Electoral Commission wrote to the Inspector General of Police (IGP), Mr Martins Okoth Ochola, asking him to stop blocking presidential candidates from campaigning, saying they have the right to access designated campaign venues and hold their campaign meetings in compliance with the Covid-19 Standard Operating Procedures (SOPs) as issued by the Commission.

Mr Paul Bukenya, the acting EC spokesperson, told reporters that the Commission had seen images of the confrontation between police and Mr Kyagulanyi and it was ready to receive his complaints.

“Mr Kyagulanyi is a registered candidate and he is free to come and express himself on any issues as long as he is not comfortable. It is unfortunate that the police are acting this way but our means have always been on engaging the stakeholders,” Mr Bukenya said.