Bobi Wine dismisses bloc as ‘a club of the ruling elite’ 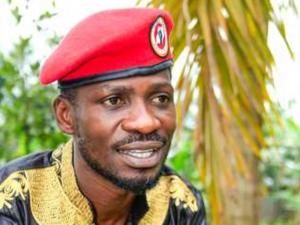 What are your thoughts about EAC integration?

The integration of East Africa and ultimately Africa is a noble cause that started from the time of the Lumumbas and Nkurumas. Only that at that time, it was not simply a talking shop. In the past, we had a functional East African Community with East African Railways and Harbours, for example. Our parents and grandparents worked from as far as Tanzania and Kenya, and Tanzanians worked here. But the EAC has been reduced to a club of rulers. How come leadership succession in Kenya and Tanzania is peacefully but Uganda has the same ruler for 35 years and counting? It implies we still have many other problems as partner states.

The frosty Rwanda-Uganda relations are impacting people many of whom have lost businesses on both sides of the border. How do we resolve this?

President Museveni wants to portray himself as father of the region, but maybe Rwanda leaders just won’t take that.

Kenya, one of Uganda’s biggest trade partners, has an election next year. What are your thoughts on that poll?

Kenya is an important neighbour as Ugandans and Kenyans are siblings. They are going into an election and of course that is a matter for the people of Kenya to decide but they should avoid any influence from Museveni.

Uganda has had one of the strictest Covid-19 restrictions in the region and several sectors remain shut. How would you rate the government’s handling of the pandemic?

They have gone wrong everywhere. Corruption has reduced this pandemic into a bonanza where money has been borrowed to fix healthcare is used to buy other things. We might be the only country in the world that fights diseases with guns and bombs. Instead of empowering health centres, we are empowering security centres.

The National Unity Platform is the biggest opposition party. How do you intend to use these numbers to push for the reforms you are fighting for?

We are using every platform at our disposal, both formal and informal. We are nothing without the people’’s mandate.

What have you been up to?

My team and I have been put on the defensive against state violence and persecution. We’ve been reduced to demanding freedom for political prisoners.

Do you know where they are?

A number have been freed, but others are detained in ungazetted places.

There has been a wave of murders in Masaka District, which overwhelmingly voted for you. Two MPs from your party have been arrested and charged with the killings. Does this scare you?

I know this is targeting me as happened in 2014 and 2018. The government imposed a curfew in the region so nobody could move.

You have been quiet lately and we are seeing figures like Kizza Besigye giving alternatives to government decisions, for example, the reopening of schools, economic recovery after the pandemic, etc…

Recently, you saw the leader of opposition, who speaks and largely represents me, presenting the alternative legislative agenda. It is a reflection of our manifesto on what we would do if we were in power. We have had intelligent people speak out since I was in primary school, but nothing matters according to those holding onto power with guns.

Lately you’ve met Ugandans in the diaspora. Why are you not making the same outreach in Uganda?

We moved all over the country and everybody got our message. Uganda has been locked down. There have been arrests of people for simply wearing a red beret or T-shirt like me. So, with the danger the people face intimidation, so we reach out to the diaspora because we know that they also play a big role.

Our diaspora chapters are now approaching foreign leaders and powerful international partners to seek support in ensuring there is rule of law in Uganda.

You have bashed the international community for supporting and funding President Museveni, why then are you running to them?

Our oppression is being sponsored by the so-called world democracies. The United States gives almost a billion dollars to the military here. The US, UN and EU all issued statements after the election, saying it was far from free and fair, but then they continue dealing with the government. They should stop because it is wrong… to think that the standards of human rights in Africa should be lower than… in their countries.

These donors fund key sectors like health sector and education. Don’t you think if this aid is cut it’s the common man, whom you are fighting for, that stands to suffer?

Even that money is being stolen. Some ministers have been implicated in several corruption scandals. The recent Auditor General’s report pointed out gross mismanagement of Covid money. Any right-thinking Ugandan would advocate a reduction or stoppage to pouring funds into a hole. The healthcare system you talk about, where the funds have been going, is terrible. Do we need to continue borrowing this money as it gets misused?