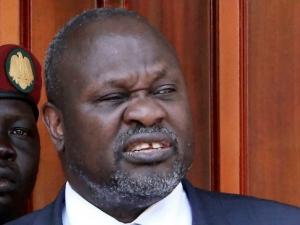 JUBA – South Sudan’s First Vice President, Dr. Riek Machar Teny, has announced in a statement this morning that the Upper Nile state conference that the presidency announced last week will commence on Wednesday through Saturday this week.

“On December 9, 2020, the Presidency held its fourth meeting in which it decided to declare the formation of nine (9) states and local governments except the government of Upper Nile state and its counties. The Presidency also decided to convene a peace and reconciliation conference for all communities of Upper Nile state in Juba,” Machar said in a statement extended to Sudans Post this afternoon.

“The conference shall run for three (3) days under the theme: ‘Peace, reconciliation, healing and unity among the people of Upper Nile state,’ it adds.

The statement said a total of 496 participants will attend the conference with 232 coming from the capital Juba, 30 from Malakal POC, and 65 people from the 13 counties of Upper Nile state.

265 people will be brought in from regional countries, with 26 people from Uganda, 26 from Kenya, 26 from Ethiopia, and 65 from Sudan.

The meeting will center on reconciliation and healing, cohesion among the communities living in the state, civil administration of the state especially the redress of the status of the civil servants that were laid off without due procedures of the civil service and cooperation among the political leaders in order to develop the state, it said. “In line of the above, the Upper Nile conference shall be held in Juba at Freedom Hall from 16, to 19 December 2020 under the patronage of H.E Salva Kiir Mayardit, President of teh Republic of South Sudan and under the chairmanship of the First Vice President H.E. Dr. Riek Machar Teny,” the statement concluded.