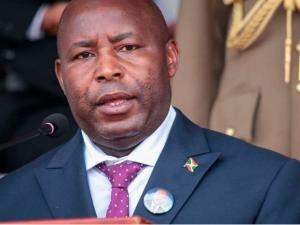 Burundi and Egypt on Wednesday signed a visa exemption agreement for holders of diplomatic and service passports in the two countries.

Service passports are used by public servants and government officials who do not hold diplomatic passports.

“Burundi and Egypt signed an agreement on visa exemption for diplomatic and service passports and an agreement for the integrated execution of water resources in Burundi,” a statement from Burundi’s presidency said.

This comes as Burundi’s President Evariste Ndayishimiye is in Egypt for a four-day visit scheduled to end on Friday.

The Burundi government said the agreements will provide an opportunity for Egyptian investors to invest in the country.

“The delegations of Burundi and Egypt under the leadership of the heads of state held discussion on investment, technology transfer, tourism, projects on Lake Tanganyika and support from Egypt in the infrastructure and health sector,” a statement from Burundi president’s office reads.

This is president Ndayishimiye’s third visit outside the country since he took over the office mid last year. His first visit came on September 19, 2020 where he met Tanzania’s John Pombe Magufuli in Kigoma, and the second was in November when he made a five-day state visit to Equatorial Guinea.