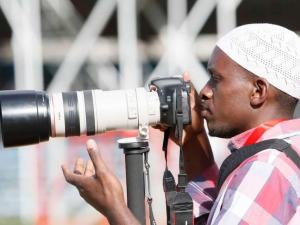 As the world marked the World Press Freedom Day on Monday, Burundi marked improved media freedom ranking even as journalists hoped for more freedoms to do their work.

Last year, the Reporters without Borders (RSF) world press freedom index ranked Burundi at 160 position out of 180 countries. This year, Burundi was ranked at position 147.

The RSF report indicated that the election of a new President Evariste Ndayishimiye in May 2020 and release of four reporters in December of the same year raised journalists’ hopes of a freer space, following years of persecution.

The president also urged the media regulator to “settle the differences” with sanctioned media outlets were seen as encouraging signs.

“There is small improvement in the media space in Burundi but the problem still exists on a political level. If you try to interview [an] opposition politician they will always criticise the government and the ruling party and the ruling party will talk about success stories and they don’t want to be criticised,” Leandre Sikuyavuga, the director of Iwacu media group, told The EastAfrican.

Mr Sikuyavuga said that access to information is still a major challenge for some media houses.

Burundi media freedom shrunk in 2015 when protests erupted against the former President Pierre Nkurunziza as some media houses were accused of playing a role in the May 2015 failed coup.

Since President Ndayishimiye took over office last year, his government took positive measures towards media freedom including granting amnesty to the Iwacu journalists and opening up dialogue with banned media houses.

Early this year, Burundi’s president called on the National Communication Council (CNC) a regulatory body, to hold talks with banned media houses with a view of a possible reopening.

“Media plays a great role in development of the country and to alert the government where something is going wrong so people need to get back to work,” said Burundi’s president earlier this year.

Local station Bonesha radio was reopened after almost six years of suspension after its owners were accused of participating in the 2015 failed coup.