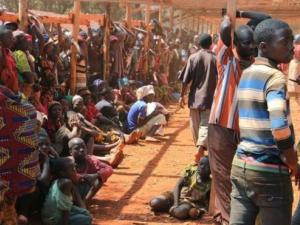 Burundian refugees in Nyarugusu camp in Tanzania say that the administration there has threatened them with forced repatriation.

The refugees told the BBC that they would not feel safe if they went home.

The Tanzanian government has denied that there is a plan to send the refugees back home from Nyarugusu camp, which is near the Burundian border.

The refugees told BBC Great Lakes that the head of the camp, Jumanne Singani, asked them to return voluntarily before they were forced back.

Mr Singani can be heard in audio recordings sent to the BBC by the refugees, urging them to leave because they were causing problems for locals.