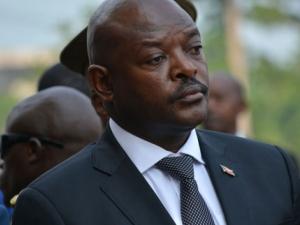 Burundi's application to join the Southern African Development Community (SADC) has been rejected. Burundi has failed to meet the requirements in the past years. President Hage Geingob of Namibia and chairman of SADC revealed that Burundi did not pass the SADC admission requirement after the latest assessment. Much of this is due to the fact that Burundi's internal political instability that Nkurunziza is alleged to have provoked in 2015 when he sought a third term in office.

Speaking in Tanzania where he was visiting President Magufuli on the issue, Geingbob said, "The Sadc assessment mission has been sent to Burundi, but recommended thus far that it is not yet propitious for Burundi to be admitted into SADC. This is due to the unresolved democratic process in that country. We are also concerned about the accusations and counter-accusations between Burundi and Rwanda, about interference in each other’s internal affairs. I will be delighted if Your Excellency [Magufuli] can shed any light on the current situation in Burundi and the security situation between Burundi and Rwanda."

Burundi’s Minister of Foreign Affairs Ezechiel Nibigira, special envoy of President Pierre Nkurunziza on the matter , during his engagement with Geingob last month, insisted that Burundi is a peaceful country and respects the rule of law, adding that Nkurunziza’s hold onto power was attained through democratic means.

The country is currently preparing for the 2020 national elections but Nkurunziza has revealed he will not stand as a candidate, the envoy said.