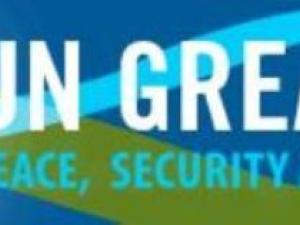 1. Under the auspices of His Excellency, Mr. Felix Antoine TSHISEKEDI TSHILOMBO, President of the Democratic Republic of the Congo (DRC), Head of State, the National Oversight Mechanism (NOM) of the Peace, Security and Cooperation Framework for the Democratic Republic of the Congo (DRC) and the region (“PSC Framework”) convened on 5-6 June 2019 a meeting of the Chiefs of the Intelligence and Security Services of Burundi, the DRC, Rwanda, Uganda and Tanzania, supported by the Special Envoy of the United Nations Secretary-General for the Great Lakes region and the African Union Special Representative for the Great Lakes Region, as well as the International Conference on the Great Lakes Region (ICGLR) and the Southern African Development Community (SADC). Burundi was not represented. The ICGLR Expanded Joint Verification Mechanism (EJVM) also participated in the meeting.

2. The meeting had the following three objectives:

3. The meeting took place further to the decision by the 9th Summit of the Regional Oversight Mechanism of the PSC Framework, held on 8 October 2018 in Kampala, Uganda, which called for a new approach to ensure greater regional cooperation for the full neutralization of the Negative Forces without delay.

4. Against this background and following exchanges and discussions, the participants:

5. At the conclusion of the closed-door session, a final report was adopted which among others, envisages the establishment of a technical working group to review in detail the status of negative forces in eastern parts of the DRC, and strategies and initiatives taken to date towards their neutralization.

6. The participants called on the international community to ensure continued and appropriate support to the process and initiatives identified by the concerned countries as a result of this and subsequent meetings.

7. The Guarantors of the PSC Framework and the National Oversight Mechanism remain seized of this matter.