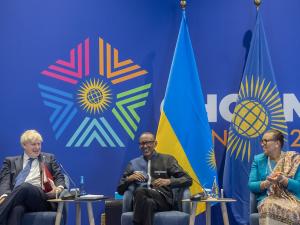 I am a depressive soul by nature, with a bleeding heart for all the world and African miseries. As a result, I expected the worst out of the CHOGM 2022.

Given the perfectly timed vilification of Kagame and the Nyungwe ambush meant to sabotage the Summit, combined with the horrendous calls for yet another genocide in the Great Lakes region, this time against Congolese Tutsi, I couldn’t possibly believe the Conference would smoothly sail through to tremendous success and global awe.

Kagame was visibly wounded by such unjust accusations. We had never seen Kagame so pained. We thought those battle-hardened warriors have hearts of steel impervious to human emotions.

I spent the week prior to CHOGM and the one of Summit proper, busy challenging Congolese hate channels blaming Kagame for M23 attack and calling for the murder of Congolese Tutsi.

“Please don’t fan flames of hate. Pause and verify facts. How on earth Kagame would compromise and jeopardize his world-wide tremendous prestige when he is hosting the Commonwealth Summit? Your calls for murder are a crime and a strategic mistake. M23 attacked from Uganda and it’s Kagame who is blamed. It doesn’t make sense…

“Please learn from Rwanda. Thousands of Congolese live and do business in Rwanda in total peace and security. Nobody touches them even when Rwandans are being killed in DRC. Many neighbouring businessmen prefer to bank with Rwanda and not DRC. Your calls for murder will be your undoing. Blaming Kagame for a sin he didn’t commit is counterproductive as he will defend himself like a lion. As they say in my language “umuntu atinya ingwe ntatinya iyamwinjiranye”, a man fears a leopard not one that has already entered his abode. He will fight the way he fought Mobutu all the way to Kinshasa where he toppled him. Instead of vituperating against Kagame you should emulate his exceptional leadership that made of Rwanda “the best success story in Africa” and the president most admired by African youths for many years in row… 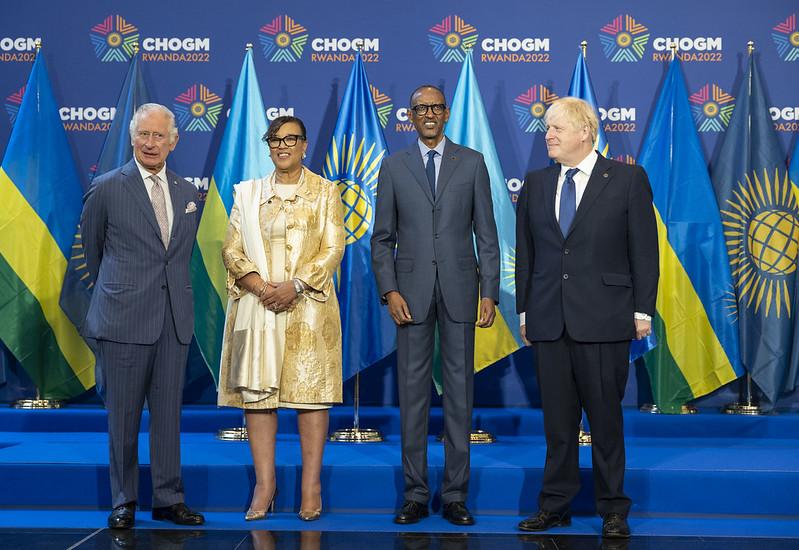 “Thousands of Congolese Tutsi are refugees in Burundi, Rwanda and Uganda all the way to Kenya. You deny them citizenship though they were cut from the Rwanda Kingdom by the Berlin Conference in 1885 which dismantled Africa. The same happened to the Bakongo Kingdom that covered Congo-Kinshasa, Congo-Brazzaville all the way to Luanda, Angola. Angolan Bakongo are now Angolans and speak Portuguese. You cannot deny them the Angolan citizenship the way Congolese Tutsi are denied theirs.  It’s an injustice crying up to the high heavens…  A professor said on a TV talk show that the Banyamulenge, ie South Kivu Congolese Tutsi, settled in Congo in the 16th century and are the only ethnic group that fought and defeated slave traders who were ravaging Easter and Central Africa. Those Congolese Tutsi refugees who you deny citizenship will come back to their country of birth by peaceful means or by force.  Strategic wisdom would be to accommodate them not to chase them away.”

Lunacy engulfed the DRC. Talk shows gathering eloquent men in designer suits, bleached skins (only in the Congo) and speaking perfect French, called for murder of Congolese Tutsi. Church men donned military fatigues and led their congregations into war songs. A hapless cattle trader in Maniema was butchered and set ablaze. Others were put to death by fire amid cheering crowds.  Thugs were baying for Tutsi blood, literally. They vowed in chilling videos to drink Tutsi’s blood and eat them in brochettes.  Women were stripped naked and beaten up in a show of inhumanity difficult to fathom. Others were raped. A colonel was killed by his own troops because he looked Tutsi. One high ranking officer was stripped naked and beaten by his deputy and troops because he looked Tutsi. The officer was spared after he was found to be of the Bashi ethnic group neighbouring Rwanda and Burundi.   It’s even said that the architect of the Rwandan genocide ideology, Grégoire Kayibanda, was actually a Mushi not a Rwandan. When president Tshisekedi assumed power, the first lady of the DRC, Denise Nyakeru Tshisekedi, was vilified on the assumption that she was Rwandan. She was compelled to prove that she is a Mushi from Bukavu. Likewise, Joseph Kabila, has for long been attacked for having a Rwandan mother. 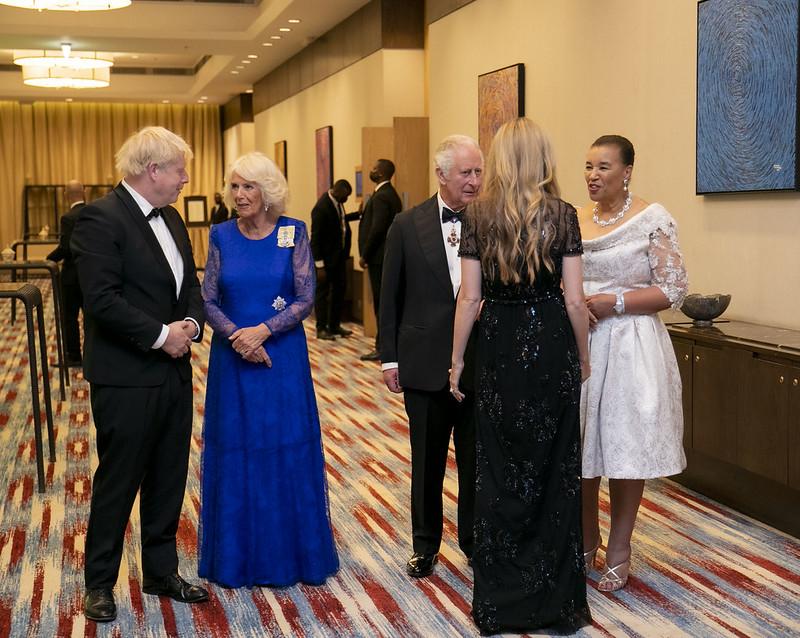 A senior leader of Lamuka, the party of the self-proclaimed president elect, Martin Fayulu, didn’t mince his words: “the DRC must invade, occupy and annex Rwanda.” Martin Fayulu is a vicious anti-Tutsi Eastern-Congolese whose presidential elections victory was stolen from him and who blames Kagame (who else?)  for that.

In reality, Fayulu, was short-changed by another Eastern-Congolese, Vital Kamerhe, another virulent anti-Tutsi. Vital Kamerhe is popular politician said to be Burundian with an identity card to prove it, except the “h” ingeniously added into the name to make it Congolese.

Vital Kamerhe and Félix Tshisekedi doctored a last-minute alliance and abracadabra! Joseph Kabila handed them power and Fayulu had nothing left but to call himself president elect and blame Kagame (who else?) for the theft.

It’s against that background that I feared the worst for CHOGM Rwanda 2022. What if bombs go off at the summit venues and at the many related events? I even thought, in my paranoia, that the DRC could send fighter jets to bomb Kigali to prevent the Summit from convening. Or a lunatic pilot could decide the bombing on its own, like the soldier who took upon himself to cross into Rwanda to kill people.

He was shot dead and his body received a hero’s welcome back in Goma.  I heard many Congolese commentators boasting about the might of the 100 000 man strong army. Looking at their madness, I wondered whether an army of a million soldiers, without any sense of discipline whatsoever is worth anything. Social media is rife with mindboggling videos of the insanity of Congolese soldiers. It amounts to a bunch of real lunatics. 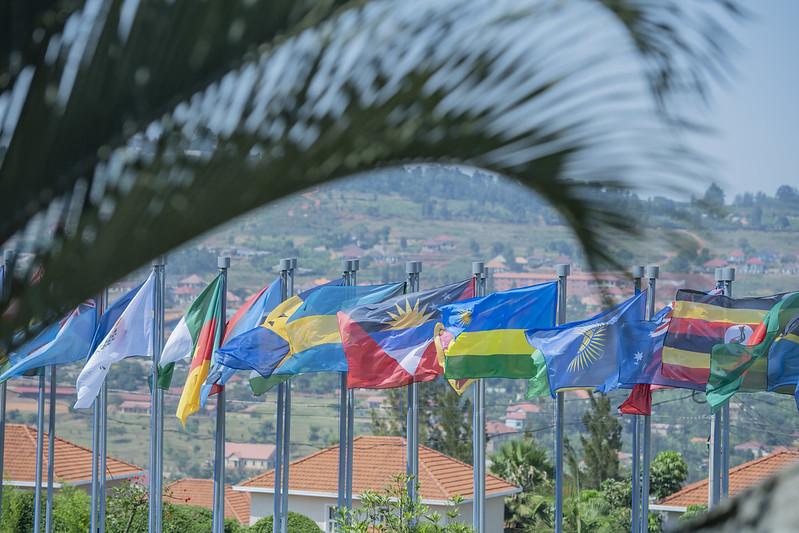 On social media, Hutu-Power International, from Africa to Australia through Europe, USA and Canada, were drunk with glee over the developments in DRC and Great Lakes. The genocide ideology, called Tropical Nazism by French historian Jean-Pierre Chrétien, has come full circle by conquering the vast DRC. It started in Rwanda 1959, was exported to Burundi in 1965 destroying completely Burundi and has now spread to the Congo. Full circle. It’s a cancer that no one sees how to cure and eradicate.

A war song of the Israeli army says “The whole world is against us” yet the Israeli people, another group victim of genocide and hate,  went on to survive and thrive by the sheer force of their army and economic might through technology. They even made the desert to bloom with fruits and crops. A solution must be found for the targeted group in the Great Lakes.

The whole world seems against them. Unlike the Israelis who have the American support.  We cannot bestow our children and our children’s children a region of recurring genocide and destruction since 1959.

Back to the CHOGM Rwanda 2022. The former empire upon which the sun never set, spreading from the remotest Pacific island all the way to the shores of Canada through the Indian Ocean and the Atlantic, came, saw and was conquered by Rwanda. The forces of evil in DRC coincided with those of beauty, innovation, transformation and progress in Rwanda.

The glowing tribute to Rwanda leadership and people by the Commonwealth Secretary General, Baroness Patricia Scotland, again and again, at every Forum, including at the Women Forum, where she came clad in gorgeous Rwandan national dress Imishanana, sums up the tremendous success of the Summit.

Only Rwanda could pull it off. How the last born of the grouping was granted the hosting of the Summit is something unimaginable. Jokers were busy kidding that if Rwanda applied to host the Francophonie Summit, it would be automatically granted to them. Others joke at the bizarre happening of the incoming Chairman of the Commonwealth Kagame chatting in Kinyarwanda with the Francophonie Secretary General, Rwandan diplomat Louise Mushikiwabo. Asked if the superlative “miracle” is applicable, the president of Sierra Leone, Julius Maada Bio, replied: “I have been visiting Rwanda, and I can definitely say it’s nothing but a miracle thanks to a leadership with vision and determination. I will bring my people to come and see”. 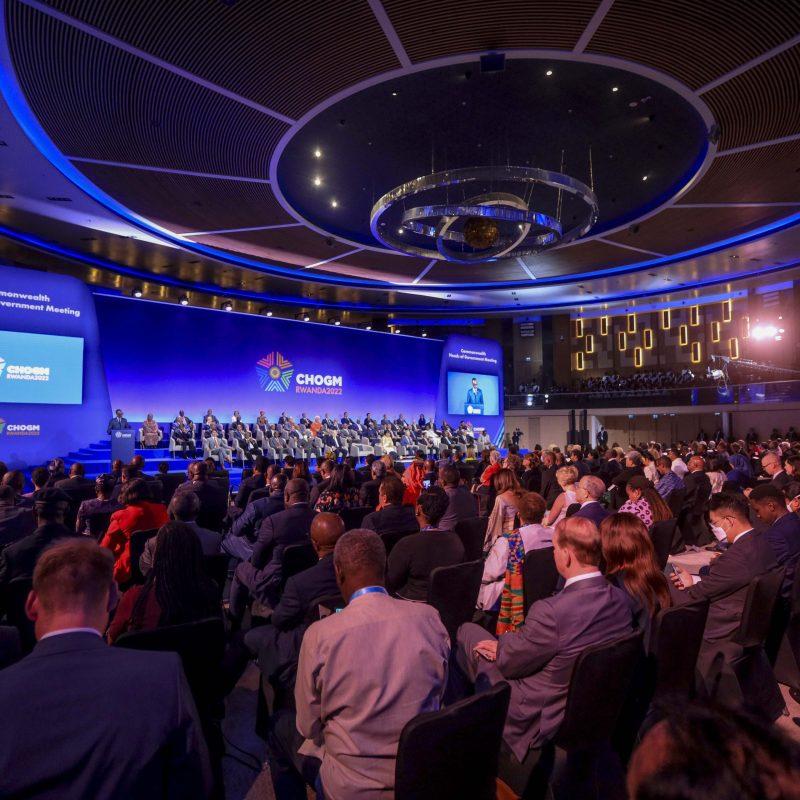 My personal pleasure was to see the three best presidents of Africa under one roof: Kagame, Nana Akufo-Addo from Ghana and the new kid on the block, Hakainde Hichilema of Zambia fondly known as HH. A Voice of Africa poll on who would be the best president of a United Africa found that Kagame and Hakainde Hichilema tied. The Solomonic solution, they said, would be to have HH as political president and Kagame as economic president. One surprise: the youth leader from Samoa took to the floor and before he introduced him I thought he was Rwandan. How do we have blacks in the far end of the Pacific Ocean? Where do they come from? Are we related? Amazing! In India, there is a lost tribe of blacks of East-African origin, marginalized and hidden from the rest of the country. They were taken there as slaves.

Will Rwanda survive and prosper in an ocean of hostility bent to destroy her miraculous progress? Can she pull it off the way Israel did by the sheer force of its army and economic might through technology?  Time will tell and millions of Great Lakes targeted souls will depend on that. 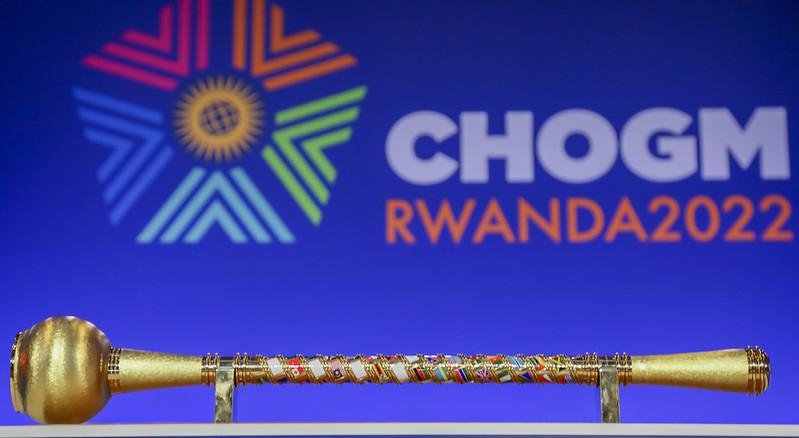