Civil society to Tanzania: Go easy on curbs on freedom 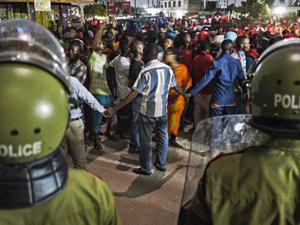 A group of 65 civil society organisations from across the world want Tanzanian authorities to end “systematic” restrictions on political and civic freedoms and ensure a free and fair general election next week.

In a letter to President John Magufuli, the activists expressed concern about the decline of fundamental rights in the country over the past five years, worsening during the Covid-19 pandemic and as the country headed for next week’s general election.

By press time, the government had not reacted to the letter and no official was available for comment.

“We have documented the steady decline of the country into a state of repression, evidenced by the increased harassment, intimidation, prosecution, and persecution of political activists, human rights defenders, journalists and media houses,” the activists said.

The CSOs said the government was yet to comply with a March 2019 ruling by the East African Court of Justice that its Media Services Act be amended to address “unjustified restrictions on freedom of expression.” The country’s criminal justice system also came in for criticism for deploying laws including money laundering as non-bailable offences, they said.

In July, the National Electoral Commission approved 245 NGOs and 97 other organisations to act as election observers and conduct voter education but excluded 100 organisations that have historically coordinated election monitoring in the country. Among excluded groups are the Legal and Human Rights Centre, Tanzania Constitution Forum, Tanzania Human Rights Defenders Coalition, Tanzania Election Monitoring Committee and the Catholic Church.

“The credibility of elections is dictated by the entire context in which the entire electoral season proceeds,” said Prof Frederick Ssempebwa, former chairman of the Uganda Constitutional Review Commission at the launch of a pre-election report by Tanzania Elections Watch (TEW) last week.

“The conditions that will bring about the credibility of course are conditions of good governance, in which there is democracy, respect for the rule of law and human rights transparency and accountability. But these are lacking following the whittling down of election observers in this year’s elections,” the panel noted.

“It is not to say that an election becomes credible because of the positive comments of the observers, in most cases the observers have not had a chance to review what has gone on throughout the election season,” Prof. Ssempebwa said.

“We only have a chance to observe the voting process so the value of their reports is decreased.”