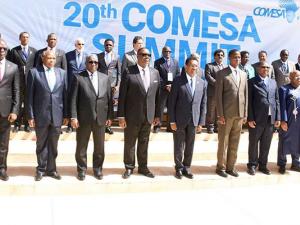 It has been official, the COMESA has been canceled, the planned annual Common Market summit for Eastern and Southern Africa (Comesa), scheduled for the end of the year in Khartoum, Sudan.

Burundi was also stripped of this occasion to host the COMESA Summit although the latter had already gone at all lengths to get ready for it.

The COMESA Secretariat argued that conditions of peace and stability in Burundi were not conducive to holding the summit, the reasons that Gitega rejected. Since then, COMESA had agreed to reimburse Gitega all the expenses it incurred during the preparations for the COMESA Summit.

The annual summit for the Common Market for Eastern and Southern Africa scheduled had to take place in Khartoum, Sudan later this year.

It was now confirmed that COMESA will hold its next summit in Egypt in the second half of 2020. Sudan was stripped of its host status after months of public protests in the capital Khartoum, which led to the overthrow of Omar al-Bashir in April.

This Zambia-based body of Common markets had been at loggerheads with some countries when it comes to hosting its general summit.

Khartoum’s removal as host means that the chairperson of its Summit, referred to as the Authority, a position held by Madagascar, will remain as is until the next summit is held.