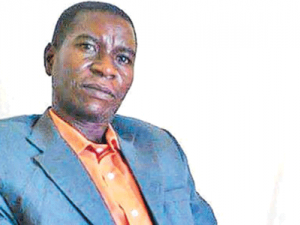 The Committee to Protect Journalists (CPJ) on 10th  July, called on the Tanzanian government to provide a detailed public account of the fate of freelance journalist Azory Gwanda after the country's foreign minister, Palamagamba Kabudi, said in an interview that the journalist is dead.

In an interview with the BBC's "Focus on Africa" program today, Kabudi said that Gwanda had "disappeared and died" in the country's eastern Rufiji region, and said that the government has since "been able to contain that kind of extremism" in the region. Gwanda went missing on November 21, 2017, after investigating mysterious killings and disappearances in his community, and the Tanzanian government has never delivered a promised investigation into his case, according to CPJ research.

"For a year and a half, Azory Gwanda's family and the Tanzanian media have pleaded with the government to explain what happened to their loved one and colleague," said CPJ Deputy Executive Director Robert Mahoney from New York. "Then suddenly the foreign minister mentions, almost in passing, that the journalist is apparently dead. This is wholly inadequate and distressing. The government must immediately share publicly all information it has about Gwanda's fate."

Kabudi told BBC that the Tanzanian government is not "proud" of the disappearances and killings in Rufiji, which he said also, took the lives of police officers and ruling party officials, and said that the government was taking measures to make sure that citizens and journalists are safe.

However, CPJ research shows that impunity in journalists' deaths or disappearances contributes to an environment that fosters violence against journalists.