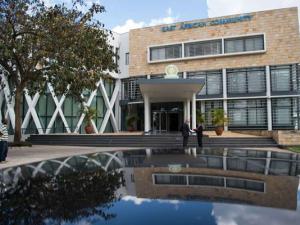 The salaries and allowances of employees of institutions and organs of the East African Community need to be reviewed to match the prevailing economic conditions.

Abdikadir Aden, a member of the East African Legislative Assembly made the observation in Arusha when contributing to a debate on the report on audited accounts of the EAC for the financial year ending June 30, 2018, which the regional House adopted recently. The report was prepared by the Eala Committee on Accounts.

Mr Aden, directing his observations to the Council of Ministers, said that the last time EAC staff remuneration was reviewed was in 2006, and he asked the Council to consider staff welfare as the workers are the backbone of the EAC, and their morale affected the Community’s delivery of service.

“Let us consider the inflation and life then,” said Mr Aden who doubles as the chairman of the Eala General Purpose Committee.

He said that some legislators had declined nomination to the House because they could not afford to live on the subsistence allowances they were paid.

It calls on the EAC to create a single projects co-ordination unit to properly manage growing projects and to conduct an annual forum involving all its organs and institutions.

“The follow-up process will be a great opportunity for the institutions and organs to review the progress made in implementing the integration agenda,” Dr Ngwaru Maghembe, the chairman of the Committee on Accounts said.

Dr Maghembe said the forum would also assess challenges and devise strategies of overcoming them and that the executive arm of the bloc would use the opportunity for improving the integration process.

Over $16 million of the outstanding contributions, equivalent to over 80 per cent was due from Burundi and South Sudan.

The chairman of the EAC Council of Ministers, Olivier Nduhungirehe, said the council had received the report and that it would work on it; and follow up on the delay in assenting of Bills or returning them to the House.

He informed the House that a new structure of the EAC organs and institutions had been adopted and the EAC Secretariat had been directed to implement it.

“The challenge of remittance should be looked at and the critical matter of sustainable financing mechanism should be concluded,” he said.