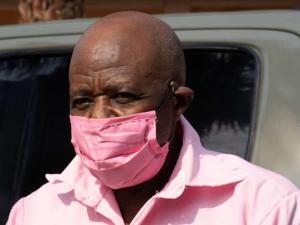 The High Court in Rwanda has postponed the highly anticipated verdict reading of Hotel Rwanda ‘hero’ Paul Rusesabagina, which had earlier been scheduled for Friday.

The High Court Chamber for International and Cross-Border Crimes announced on Wednesday that “the judgment in the case of Mr Paul Rusesabagina and co-accused will not be delivered this coming Friday as earlier scheduled.”

“Another date will be communicated to the litigants this Friday, the 20th of August 2021,” the court added.

Trial
After six months of a highly dramatic trial, Paul Rusesabagina was expected to learn his fate this Friday.
Each of the 27 court hearings—which began on February 17 and concluded on July 22—were live-streamed on YouTube, getting thousands of views per hearing.

All stages of the trial, from when he was arrested to the hearings, generated a lot of debate in and out of Rwanda with supporters and detractors engaged in continuous arguments on social media.

Mr Rusesabagina withdrew himself from the hearings in March, saying he did not expect justice to be delivered. He accused the judges of being unfair.

Rusesabagina’s family and team of international lawyers said they will hold a press conference on Thursday during which they will discuss the upcoming verdict hearing.

Rusesabagina, a Belgian citizen, has lived in both the United States and Belgium with his family since 2009.

He was detained in August 2020 after his plane flew to Kigali instead of Burundi where he believed he was set to travel to.

The circumstances under which he was arrested have drawn criticism from European and American politicians, as well as human rights organisations, including Amnesty International and Human Rights Watch.

“The authorities have failed to provide a consistent or full account of how he was apprehended and came to be in their custody,” Human Rights Watch said.

His family insists that his arrest was illegal and has rallied allies to mount pressure on the Rwandan government to ensure his release.

'Hotel Rwanda'
President Paul Kagame and several Rwandan politicians said the country reserves the right to use “all means necessary” to lure a criminal suspect into being arrested.

“Rusesabagina has the blood of Rwandans on his hands... Rusesabagina heads a group of terrorists that have killed Rwandans. He will have to pay for these crimes,” President Kagame said in September last year.

“With kidnap, that was not the case, and he will attest to that himself. There was no kidnap. There was no wrongdoing in the process of him getting here.”

Mr Rusesabagina was the president and founder of exile opposition group MRCD, which has a military wing called FLN.

The FLN has claimed responsibility for several deadly attacks in Rwanda’s Southern Province, which claimed nine lives between 2018 and 2019.

At the height of the 1994 Genocide against the Tutsi, Mr Rusesabagina was the manager of the Hotel Mille Collines, where hundreds of people sought refuge against the Interahamwe militia.

His exploits were dramatised in the 2004 Hollywood film Hotel Rwanda.