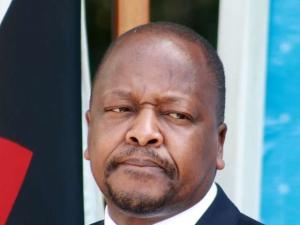 In a statement, Cabinet Secretary Mutahi Kagwe said 4,609 samples were analysed in the last 24 hours, raising the total number tested since March, when the country's first case was reported, to 490,445.

Of the 395 more patients who recovered, 279 were treated in hospital and 116 at home, raising the country's total number of recovered patients to 22,442.

The CS said four more patients succumbed to the virus in the last 24 hours, raising the death toll to 616.

In terms of case distribution, Nairobi remained the country with the highest number of new infections - 65.

One hundred and eighty two of the new patients were Kenyans and eight foreigners, 136 male and 54 female, and the youngest a year old and the oldest 85.