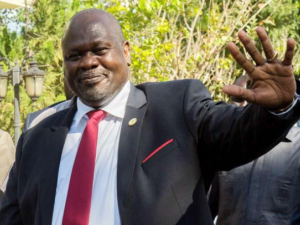 South Sudan’s coronavirus tally has risen to 1,604 after the National Taskforce on Covid-19 reported 67 new cases on Sunday.

The country has also reported four more fatalities, bringing the death toll to 19; while 15 people have recovered from the coronavirus.

Speaking to the press on Sunday, taskforce spokesman Makur Matur Koriom added that the country currently has “1,570 active cases.”

South Sudan has seen a rapid increase in the number of the positive cases since the outbreak was first reported in the country in April.

Meanwhile, South Sudan's Ministry of Health has suspended the issuing of Covid-19 health certificate to individuals who test negative, after discovering that there was an influx of fake certificates.