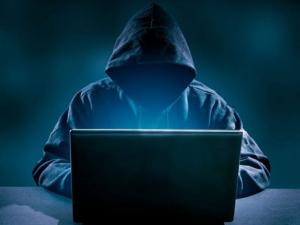 Although there is no influx of crimes committed in cyberspace against children, there is reason to be concerned about adults who are using the internet to befriend and later extort minors, the Acting Spokesman of the Rwanda Investigation Bureau (RIB) Dr. Thierry B. Murangira has said.

Appearing on a panel on one of the local radios this week to discuss issues surrounding cybercrime against children, Murangira said that young people are currently the biggest users of technology but if not well supervised, they could be potential victims of crime.

Murangira said that although technology has eased communication and made most people’s work easier, it has also contributed to emerging crimes that are mostly motivated by the speed of development.

“In the last six months, RIB has received only one case where someone exposed a minor to sexual content. However, we have received two other cases where adults were using fake accounts to befriend minors, convinced them to send them nude photos and later use them to financially blackmail them,” he said.

Murangira said that although there are laws that stipulate heavy punishments for target children, there is still need for more sensitisation.

He pointed out Article 33 of the Child Protection Law which stipulates that a person who shows a child pornographic images or sounds is liable to imprisonment for a term between 5-7 years. He or she also faces a fine between Rwf3m and Rfw5m.

He said that the laws to protect children exist and currently RIB is sensitising parents about these crimes.

“The young are always a step ahead when it comes to technology but we urge parents to follow up and know exactly what is going on with their children and who they are talking to in cyber space,” he said.

He reminded the perpetrators that article 35 of the law to protect children says that a person who displays, sells, rents, disseminates or distributes pornographic images, objects, movies, photos, slides and other pornographic materials involving children faces imprisonment for a term between 5 and 7 years and a fine between Rwf15m and Rwf20m.

The Digital Strategist at Rwanda Information Society Authority; Sylvie Nsanga said that although the national strategy is to connect every citizen to the internet, the risks that come with it, especially with regard to minors, cannot be ignored.

“The fact with the internet, there are many people who get access to them through calls, social media platforms. There are also some marketing materials that do not depict a good message to children,” she said

Nsanga said that currently, the government is putting most of its efforts in promoting self-regulatory mechanisms.

“Content in terms of inappropriate images, language and fake news are some of the things that can affect a child. Since the end of last year, the Ministry of ICT and its stakeholders including organisations that deal with children and justice issues are working out ways to continue promoting safety on the internet,” she said.

However, she reminded that the primary responsibility lays with the parents who should keep alert and informed about their children’s cyber activity.

Francine Uwera Havugimana, a parent, says that although children are at risk, there was no need to be forward looking in ways to protect them.

“Let us spend more time with our children especially during this time when they are not in school, listen to them and get to know them better. Let us be committed to get updated with the times and equip ourselves with what is going on in their world. This will help us to create a relationship where children will trust us,” she said.

She said that parents also need to equip ourselves with basic technology tips so that where it is necessary, they can engage mechanisms like parental control on some of the content on the television or internet.

She also pointed out the need to speak out saying that it will in the long run help more children.

“Let us also stop this culture of silence. We should speak out. Our children are being molested but some of us choose to keep silent. This is being an accomplice and you are not helping your other children or the ones in the community,” she said.