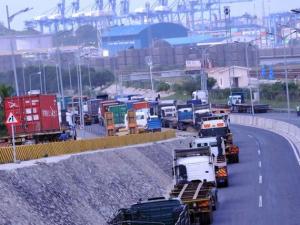 The Dar es Salaam port could attract lucrative business away from the Mombasa as the Central Corridor proves to be cheaper compared with the Northern Corridor transport route.

The recently released the Central Corridor Transport Observatory 2019 report, which measures the performance of the Central Corridor, also shows that the average costs per km per container from Dar es Salaam to Kigali is $1.90 compared with $2.10 from the port of Mombasa.

“The difference is huge for cargo destined to Bujumbura, with importers saving about $1.18 per km per container when importing through Dar es salaam port compared to importing through the Mombasa port,” said the CCTO report, prepared by the Central Corridor Transit Transport Facilitation Agency Secretariat in collaboration with stakeholders and support from Trademark East Africa.

Data from the report shows that in 2019, transit cargo from Dar es Salaam to Uganda, Rwanda, and Burundi was at 37 percent, up from 22 percent in 2018.

“Reduction in road transport rates to both Bujumbura and Kampala through the Central Corridor has been attributed to the operationalisation of the Central railway line to Mwanza and Kigoma,” says the CCTO report.

The turnaround of the Central Corridor has been attributed to the revival of the Central line metre gauge railway. This may have prompted Kenya Railways — after two decades of neglect — to rehabilitate the old meter-gauge railway from Nakuru to Kisumu at a cost of Ksh3.8 billion ($35 million). The project will take between eight to 12 months to complete, according to Kenya Railways managing director Philip Mainga. The contractor is expected on-site on August 1.

The Central Corridor forms part of the backbone of the regional transportation system in East and Eastern Central Africa that serves five countries with a population of more than 120 million people.

The Central Corridor connects the port of Dar es Salaam by road, rail and inland waterways to Burundi, Rwanda, Uganda and Eastern part of the DR Congo. The Dar es Salaam port handles about 95 percent of Tanzania’s international trade.

The CCTO report says overall cargo in Dar increased with 84 percent being imports, 15 percent exports and only one percent being transshipment. Domestic cargo accounts for 63 percent of all imports while transit cargo makes up about 37 percent.

Tanzania is currently constructing a standard gauge railway from Dar es Salaam to Mwanza (1,219kms) and phase one of the project is 70 percent completed.