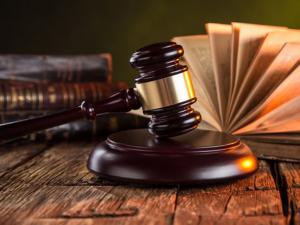 Dar es Salaam. Florah Lengwana a resident of Dar es Salaam has filed a lawsuit before the High Court demanding Sh1.5 billion from the Kairuki Hospital and Dr George Chugula for alleged negligence and damages they caused her when administering treatment between 2018 and 2019.
She is demanding Sh800 million as compensation for the alleged damages caused and Sh80 million as punitive damages.
She is also demands for Sh700 million as general damages and declaratory order that the hospital and the doctor acted negligently and without medical care in treating her.
However, in their joint written defence statement the defendants have denied such claims and asking a plaintiff to prove her complaints.
In addition, Dr Chugulu says he has never had any relationship with the Kairuki Hospital.
Ms Lengwana accuses the hospital and the doctor, of being negligent something that led to irretrievable loss of her womb, as a result she no longer has any hope to conceive or bear children.
She states that on July 2, 2018, while neither sick nor feeling any pain, went to Kairuki hospital for the purpose of undergoing routine of what is described as “Paps Mear” test, the cervical cancer screening, which she had previously done routinely after every three years.
Ms Lingwena states that, upon her arrival at the reception, she was advised that before undergoing the paps mear test must first see Gynecologist, Dr Chugulu for filling the NHIF forms in order to be attended and be tested.
The plaintiff states that, she briefed Dr Chigulu about her medical history and he advised her to undergo other several tests which one of them is Hysterosalpingography (HSG) and the pap smear was not attended.
“I was also advised to undergo infertility test before I could be allowed to take the pap smear test,” she states.
However the defendant states that Ms Lengwana went to the hospital in July 2018 to see her a doctor over her complaints relating to failure to conceive after she had given birth to her only one child six years earlier and it was after she had undergone several medical procedures at different hospitals.
The suit is before Judge Lilian Itemba and has been set for hearing on October 21, 2021 after the both parties failed to settle the matter through mediation.