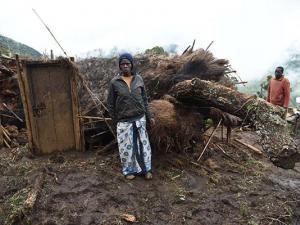 The death toll from West Pokot landslides in Kenya has risen to 52 after six more bodies were recovered at Parua area.

At least 22 other people are missing after the tragedy that hit Parua, Nyarkulian and Muino, according to Governor John Lonyangapuo.

The efforts to find and pull more bodies out of mud have been hampered by lack of transport because the roads heading to the area are either impassable or non-existent.

The county, the governor said, has run out of medicines after the remaining stocks were sent to dispensaries and schools caring for the displaced

The governor further appealed to well-wishers to donate food items, clothes, blankets among others, saying that they have set up store in Kapenguria township for aid.

He said they will also establish a helpline and paybill number to help the victims.