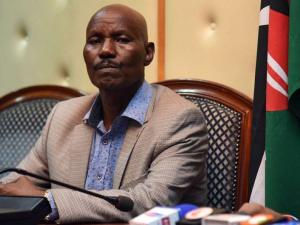 Air crash investigators have flown to Somalia to probe an accident involving a Kenyan plane.

“We have received a notification from the Somalia government to assist with the investigations. Our team will visit the site and make a report,” Mr Martyn Lunani, the director and chief investigator of accidents at the Aircraft Accident Investigation Department, told the Nation on Thursday.

Mr Lunani’s team is travelling to Somalia amid a rise in air accidents involving Kenyan pilots and aircraft, with the latest being a fatal crash of a Kenya Defence Forces helicopter at Kanyonga in Masinga, Machakos County.

After the Somalia crash, the pilot, Captain Farah Ahmed, and First Officer, Shukri Farah, both Kenyans, were flown back to Nairobi. “The captain sustained minor injuries in the legs. The First Officer and another passenger did not sustain any injuries. They flew back to Nairobi using an aircraft operated by 748 Air Services,” Maj-Gen (Rtd) Lucas Tumbo, Kenya’s Ambassador to Somalia, told the Nation.

The plane, registered in Kenya as 5Y-VVU and operated by Blue Bird Aviation, had been contracted by the UN to deliver foodstuff and other humanitarian supplies to Beledwyene in Central Somalia. Officials said the plane, a Fokker, had flown in with the goods from Djibouti City. But as it approached the murram runway of the local airstrip in Somalia, around 1.30pm, it encountered mechanical problems.

“The black box and other recorders were retrieved from the wreckage and will be flown to Nairobi for processing during investigations,” the envoy said.

Preliminary information showed the plane hit a heap of murram on the left side of the runway as it landed. It broke the left wing, but the pilot struggled with it for some 300 metres before losing control.

The incident came two months after another Kenyan plane was shot down as it approached an airstrip in Bardale.

All the six passengers and crew were killed.

Meanwhile, KDF on Thursday announced that investigations into the crashed chopper had started. The chopper that crashed on Tuesday was being flown by Major Robert Ngombwa and Major Jacob Agunda, who have been described by their colleagues as experienced and highly-trained pilots.