Doctors explain recent outbreak of flu and fever in Tanzania 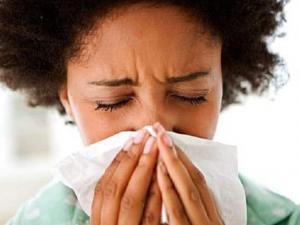 Dar es Salaam. Doctors and the government have explained the recent spread of flu, headaches and fevers that have triggered fears of the advent of the fourth wave of Covid-19 in Tanzania.
Several countries around the world are detecting cases of the new variant, Omicron, but Prime Minister Kassim Majaliwa last week said Tanzanians has not yet recorded any Omicron case.
Speaking to the sister paper Mwananchi yesterday, the Aga Khan Hospital respiratory specialist, Mr Alex Masao, admitted to treating many patients with such symptoms for about two weeks now.
“We have been receiving many patients this week with complaints of fever, flu, chest pains, fatigue and headaches,” he said.
Dr Masao added that most of the patients were tested for virus-related infections.
“These are viral infections that are infecting many people at the moment. We still can’t say what kind of virus this is because we haven’t done any laboratory tests, it takes a long time, so people should continue protecting themselves,” he said.
A specialist in respiratory diseases from Muhimbili National Hospital, Dr Elisha Osati, said the outbreak may be due to weather changes.
“As the weather changes slightly, there are major changes in the microbes and they are numerous, and change according to the changing environment. There are many small changes that can cause flu, chest pains and headaches,” he said. He said patients, who experience such conditions, even under laboratory tests are not diagnosed with malaria or other diseases. Such diseases have been affecting many people in Dar es Salaam, adding the recent rains are causing germs to look for protein, so when they enter the human body, such conditions are inevitable.
Dr Osati said the first thing they recommend for anyone who feels a change in the body is to come to the hospital.
The permanent secretary in the ministry of Health, Community Development, Gender, Elderly and Children, Prof Abel Makubi, said the public should not worry about the current situation of flu and fever which he described as normal between December and February due to weather changes.
“The government continues to monitor the situation, but people should not worry. They only should continue protecting themselves,” he said.