Dozens of people missing after arrest by armed men 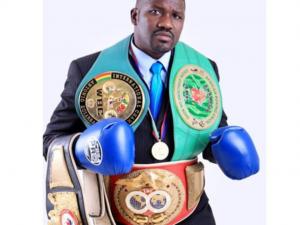 Those arrested are kept in unknown locations on suspicion of planning to cause insurrection after the forthcoming January 14 General Election.

One case is that of Mr Justin Juuko, a former international boxer, who was arrested with Mr Garypo Mayanja.

Both are Forum for Democratic Change (FDC) supporters in the Greater Masaka region.

This prompted FDC management led by their secretary general Harold Kaija to apply to the court to issue an order that seeks to produce the duo in the courts of law or release them.

Mr Mark Muwonge, a State Attorney attached to the Attorney General’s office, yesterday responded to Mr Kaija’s application confirming that Mr Juuko and Mr Mayanja were arrested by Chieftaincy of Military Intelligence on offences of treachery contrary to Section 129(C) of the Uganda People’s Defence Force (UPDF) Act and illegal possession of firearms contrary to Section 3(1) and (2) (a) of the Firearms Act.

The army is expected to prove in court how Mr Juuko, a civilian, is subject to military law.

Mr Muwonge said the duo was produced and charged in the Unit Disciplinary Committee of the UPDF, the lowest unit of the Court Martial, as they await trial in the General Court Martial.

He said Mr Juuko was remanded while Mr Mayanja was released.

According to the UPDF charge sheet, in December 2020, Mr Juuko was found training and mobilising youth from Kyengera, Kamnengo, Lukaya, Masaka, Kyabakuza and Lyantonde “on how to use martial arts, small arms (pistol and SMG) and catapults against Ugandans after the January 14, 2021 elections”.

Mr Kaija said the duo will return to court on December 31.

Another incident is that of Mr Godfrey Zake Kasoma and Mr Charles Sewanonda, were allegedly arrested by armed men on December 24 at Namulanda on Entebbe Road and Kisekka Market, respectively.

Mr Sewanonda’s workmates said a tinted Toyota Hiace arrived near his shop and armed men arrested him without informing them about the offence he had allegedly committed.

Mr Sewanonda’s workmate said the armed men dragged him in the car and drove off. His relatives have not accessed him since.

Mr John Ddamulira, who was arrested a month ago at Kisekka Market, has also not been seen again despite Kampala Metropolitan Police confirming that they have him.

Mr David Seki Kiggundu, who is not known to be in any political outfit, was also arrested at Entebbe International Airport after travelling from the United Kingdom, where he works, on December 22.

He was, however, released on Sunday night, his daughter confirmed to Daily Monitor. She couldn’t give more details about the reason for his arrest and what the people who arrested him wanted.

Some of the people who were arrested and later released told Daily Monitor they were accused of planning riots and armed struggle to topple the government of President Museveni allegations they deny.

They said they were kept at the Special Investigations Division at Kireka. One of the victims said while in jail he was helped to reach out to his relatives.