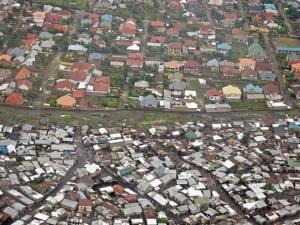 DR Congo has issued directive barring anyone employed by government from staying in Rwanda – adding yet another layer to increasing border controls.

The country’s immigration directorate (DGM) in North Kivu, has this Tuesday written to all heads of government agencies to ensure none of their staff resides outside DRC border.

Rwanda’s Rubavu district bordering Goma and Rusizi against Bukavu in South Kivu, have for years been home to Congolese unsure what could happen anytime.

In addition, with the presence of thousands of aid workers and UN employees, accommodation was had to come by. Rubavu and Rusizi have boomed as a result, as they have not only provided a safe haven, but also all the amenities of life.

For example, more than 100,000 litres of fresh water are ferried from Rubavu across to Goma everyday. Even Congolese requiring HIV/Aids medication, some get their doses from inside Rwanda.

To be closer to services, many North Kivu officials and able ordinary Congolese reside in Rwanda. They trek daily back to Congo every morning for work.

The immigration directorate says a written permission will be required at border from any government employee traversing to Rwanda. The document will indicate specific details of what exactly they are coming to Rwanda for.

The new border control comes after expensive visa fee was imposed on Rwandans travelling to Goma. Since last week, no Rwandan students are also allowed to cross to Goma unless they have student visas.

The new changes also come as Congo, specifically, North Kivu is struggling to recover from a devastating ebola epidemic. Up to 2,000 people have been killed.