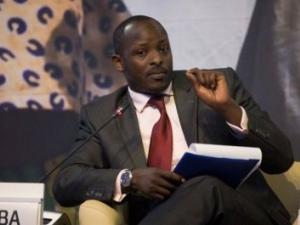 Rwanda Investigation Bureau (RIB) has arrested Dr. Christopher Kayumba, former lecturer at the School of Journalism and Communication, University of Rwanda on account of filed accusations including sexual assault.

RIB has revealed via twitter handle that Dr. Kayumba has been arrested following investigations on accusations filed by different people.

The suspect is detained at Kicukiro RIB Post awaiting his file to be transferred to the Prosecution.

News about the alleged sexual assault went viral on social media on 17th March 2021 when a Twitter user identified as Kamaraba Salva narrated a story of attempted sexual assault on behalf of her friend whose names were not mentioned.

Kamaraba wrote that the sexual assault took place some years back in 2017.

Few days later, CNBC journalist Fiona Muthoni Ntarindwa who is a former student of Dr. Kayumba posted a message on Twitter that his university lecturer assaulted her sexually.

In a reply message, the accused Dr. Kayumba said Fiona is a liar who wants to tarnish his reputation.

On 23rd March 2021, RIB said that it summoned Dr. Kayumba for interrogation on the sexual assault case filed early March.

One day before announcing his arrest, Dr. Kayumba was again summoned at the headquarters of Rwanda Investigation Bureau in Kimihurura, Gasabo district on 8th September 2021 at 11.am.

The Spokesperson of RIB, Dr. Thierry B. Murangira has told IGIHE that the suspect has been arrested after gathering enough evidences pinning him.

“When there are factual evidences, a person suspected of such serious crimes is held in detention awaiting further investigation,” he said.
http://en.igihe.com/news/article/dr-kayumba-arrested