DRC: THE CHALLENGES FACED BY DOMESTIC WORKERS IN GOMA

A shortage of employment in various African countries is driving many people to focus on jobs such as retail and domestic work in people’s homes. In Goma, in the politically sensitive region of North Eastern Democratic Republic of the Congo, this trend is affecting fathers, mothers and even girls and boys of various ages. Many say they are living a life of slavery…while others claim they have worked for many months without pay.

One of the domestic workers in Goma explained the challenges she faces in this work, stating that she had been dealt a very bad hand of cards in life. People take on these jobs with the aim of finding money to raise their families or to cover the costs of their families back home.

Out of fear for their safety no one agreed to give their name when we did this interview. In the city of Goma, you can recognise the domestic workers by their feet – they have been walking barefoot on sharp stones and sand, and by their dirty clothing, working even on Sundays. Their employers wake them early in the morning, they do not show them any compassion or give them any peace. One worker is typical, he explained how he’d carried out hard domestic work for several months without pay.

When interviewing one father who has done domestic work for over four years now, he said that his wages are thin compard to the work he had done before.

I sought to find out more of how the community in Goma was feeling about this hidden epidemic that had now reached beyond the working class.

Domestic work is the legitimate work in the Democratic Republic of Congo, but many NGOs in the country are unhappy that the government doesn’t adopt any measures to tackle the scandal of the mistreatment of domestic workers. One government representative in Goma, who didn’t want his name to be used in INFOS GRANDS LACS, said that they have already compiled a report and that the investigation has been conducted.

Goma is a city in the eastern Democratic Republic of the Congo. It is located on the northern shore of Lake Kivu, next to the Rwandan city of Gisenyi. The lake and the two cities are in the Albertine Rift, the western branch of the East African Rift system. Goma lies only 13 to 18 km due south of the crater of the active Nyiragongo Volcano. The recent history of Goma has been dominated by the volcano and the Rwandan Genocide of 1994, which in turn fuelled the First and Second Congo Wars. The aftermath of these events was still having effects on the city and its surroundings in 2010. The city was captured by rebels during the M23 rebellion in late 2012, but has since been retaken by government forces.

Goma is the capital of the North Kivu province, which is ethnically similar and neighboring to South Kivu (with the capital Bukavu); together the two provinces known as ‘the Kivus’. 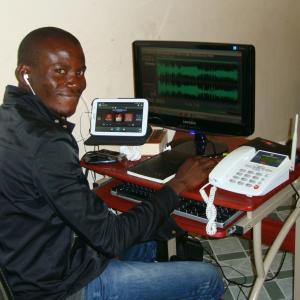