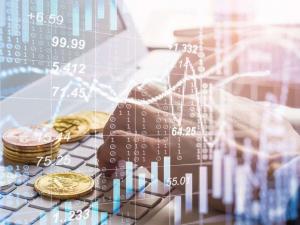 East African tax agencies are working on measures to deter tax evasion and avoidance even as economies struggle to remain afloat.

The regional economies are bogged down by loss of jobs, low production and growing external debts over the past nine months and face a difficult challenge of collecting revenues.

Regional tax commissioners general attending the 48th East African revenue authorities general meeting last week on Wednesday, said they are implementing a raft of measures to contain tax evasion and avoidance in the midst of substantial underperformance of revenue collections and ballooning expenditure.

East African Community partner states have recorded massive decline in revenues with the quarter from July to September being the worst with revenue growth ranging from -44.9 percent to 2.1 percent.

“This was unprecedented bearing in mind that the revenues have on average been growing at double digits,” said James Githii Mburu, Kenya Revenue Authority (KRA) Commissioner-General who was hosting a virtual meeting with revenue authority commissioner generals.

He said the greatest decline was registered in May, when countries put in health restrictions that shut down economic activities.

To seal revenue loopholes, the tax agencies have resolved to adopt a common approach to address base erosion and profit shifting, and illicit financial flows within the EAC.

The authorities intend to counter tax evasion through invoice mispricing and tax avoidance through profit shifting by introducing transfer pricing rules to ensure fairness and accuracy of transaction pricing.

Eliminating base erosion and profit shifting could boost tax revenue by an estimated 2.7 per cent of GDP.

“The Rwandan Cabinet has approved guidelines on transfer pricing and we intend to publish them soon,” said Pascal Ruganintwali Bizimana, Commissioner-General of the Rwanda Revenue Authority

“In Tanzania we have developed transfer pricing regulations and guidelines that we are using to monitor abuse. We want taxpayers to abide by the rules,” said Alfred Mregi, commissioner for large taxpayers at the Tanzania Revenue Authority.

Other measures adopted include undertaking lifestyle audits of tax officials, developing a joint strategy to address taxation of the digital economy and fasttracking the integration of domestic taxes systems in the region.

For the tax agencies, however, setting up infrastructure and legal frameworks to prepare for the complex economic operations of the digital economy is crucial considering it is one of the most susceptible to tax evasion and avoidance.

Just last week, KRA won an eight-year royalty case against Absa Bank after the Court of Appeal ruled that payments made by banks to card companies ought to be taxed.

Effectively, this opened the door for the revenue authority to demand withholding tax from a share of billions of shillings paid to multinational credit card firms like Visa and MasterCard as royalties.

The tax agencies also resolved to use technology and data analytics to enhance revenue collection, compliance and identification of potential revenue and continued use of the alternative dispute resolution (ADR) mechanism to unlock revenue.

Kenya has already set the benchmark in the region with an ADR framework that has seen KRA net $77 million in taxes and successfully resolve 118 tax cases in the first quarter of 2020/2021 financial year compared with 59 cases during the same period last year.

In recent years, tax revenues in the region have been underperforming with authorities repeatedly failing to hit targets despite economic growth in EAC being among the fastest growing and averaging 5.5 percent.

The decline in revenues is coming at a time when governments in the region are feeling the pressure of a squeezed fiscal space despite rising expenditure not only to finance bloated recurrent budgets, but to also fund development projects including mega infrastructure plans.

As a way out, governments have resorted to domestic and external borrowing to plug budget deficits and in the process raising public debt burden to a staggering $86 billion.

Though the Covid-19 pandemic has been central in declining revenues, tax authorities admit that rising cases of tax evasion, tax avoidance and fraud have contributed to failure to meet targets.

The Economic Report on Africa by the United Nations Economic Commission for Africa estimates that African countries lose more than $50 billion annually to illegal financial outflows, most especially through tax avoidance and evasion.

The report reckoned that Africa has a low tax capacity — the ability to collect taxes — of about 20 per cent of gross domestic product (GDP) and a lower tax revenue to GDP ratio at 17 per cent compared with other regions, largely because of inefficiencies in tax policies and revenue collection.

“Addressing tax capacity constraints and collection inefficiencies could boost tax revenue in Africa by three per cent of GDP,” stated the report, adding that improving tax governance by combating corruption and bolstering accountability could reduce inefficiencies and, on average, mobilise up to $72 billion a year.

The commissioner generals intend to support the EAC Secretariat to put into operation and sustain the regional electronic cargo tracking system in terms of funding, institutional framework and interconnectivity.

The system that was re-launched in July is already experiencing obstacles from ports authority and transporters over lack of training and familiarity with the system.

The meeting was attended by commissioner generals and senior officers from Burundi, Rwanda, Kenya, Tanzania, Uganda, South Sudan and the Zanzibar Revenue Board.

Others in attendance were the representatives from the East African Community Secretariat and African Tax Administration Forum.