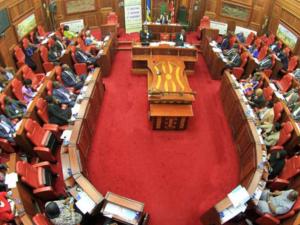 The East African Community is facing a deeper financial crisis after a crucial Council of Ministers meeting on budget was postponed for two weeks.

The EAC 2020/21 annual budget estimates are yet to be tabled at the East African Legislative Assembly (EALA), nearly one month after the 2019/20 financial year lapsed.

An Extraordinary Council of Ministers meeting planned for July 15 to approve the budget failed to take place after Tanzania requested for its postponement to July 31.

Lateness in tabling the budget has strained financing of the EAC Secretariat and its agencies spread across the region, EALA and the East African Court of Justice.

“I wish to confirm you that we have not been paid our June salaries. There is no guarantee that we will be paid July salaries either. Nothing can be paid without Council approval. The regional organisation is in a state of confusion,” the current chair of EALA’s General Purpose Budget Committee Abdikadir Aden told The EastAfrican.

Efforts to get comments from EAC Secretary General Liberat Mfumukeko proved futile as he declined to respond to our calls and text messages on the matter.

Part of Council of Ministers meeting agenda was to approve the budget, renew staff contracts and recommend pay for EALA MPs.

The EAC’s annual budget amounts to approximately $111 million, of which the Secretariat gets at least 50 per cent to finance its operations.

At stake are the salaries for over 400 workers at the EAC and its organs, renewal of staff contracts, medical cover and funding for day-to-day operations.

Among the activities that stand to suffer are implementation of the roadmap towards the EAC Monetary Union, the constitution making process for the EAC Political Confederation and the successful implementation of socio-economic programmes to support the growth and development of the EAC region in the post Covid-19 period.

EALA Speaker Martin Ngoga extended the period for budget presentation to July 15 after the regional assembly passed a motion on the same.

“We have not received them (2020/21 budgetary estimates) but we are expecting them not later than July 15, which is the last day of extension I granted for late submission,” said Mr Ngoga.

But on July 15, Tanzania through a letter addressed to Mr Mfumukeko requested to have the meeting postponed for two weeks.

“I wish to inform you that due to other equally important and pressing intractable circumstances, the United Republic of Tanzania will not be able to participate in the Co-ordination Committee and Ministerial sessions scheduled for 15th July 2020,” said Gen Wilbert Ibuge, Permanent Secretary in the Ministry of Foreign and EAC Affairs.

“We are therefore requesting for these sessions to be rescheduled to Friday, July 31, 2020.”

The chairperson of the Council Vincent Biruta, Rwanda Minister for Foreign Affairs and International Co-operation confirmed the meeting had been postponed.

“The council is yet to convene due to some member countries that need more time to get prepared. We expect the Council to convene as soon as possible,” said Dr Biruta.

The Council of Ministers is the central decision-making and governing Organ of the EAC.

It constitutes Ministers or Cabinet Secretaries from the Partner States, whose dockets are responsible for regional co-operation. Failure for it to meet spells doom to the functions of the 20-year-old Community. The EAC’s financial crunch is made worse by member states’ lateness in submitting their annual contributions, with Burundi and South Sudan lagging behind for years.

“Literally everything, including salaries, medical cover, allowances, and day to day expenditure is at a standstill,” said Mr Aden. Other EAC institutions also feeling the pinch include the Lake Victoria Basin Commission, East African Science and Technology Commission and the East African Kiswahili Commission.

Were the EAC partner states to make their annual payments before passage of the budget, the money would go straight into the General Reserve Account and cannot be released until the Council meets to authorise its use.

“Without a council meeting, no money can be approved to pay salaries. It is only the council that is legally mandated to approve funds from the General Reserve and Gratuity accounts,” said Mr Aden, who represents Kenya at EALA.

Regulations, directives and decisions taken or given by the Council are binding to the partner states and to all other Organs and Institutions of the Community, other than the Summit, the Court and the Assembly.

“There is evidence of decline in contribution. This is why we continue to face the hardship of unavailability to meet some of the programmes,” said Mohammed Mnyaa of EALA during the budget debate.

“Departmental budgets are minimal while committee budgets are also shrinking against an increasing workload. To save the situation, the Council of Ministers must reverse the trend.”

On June 30, EALA rejected a request by EAC Council of Ministers to approve a Vote on Account of $29.4 million (Sh2.9 billion) to support normal operations of the secretariat as it awaits the tabling of proposals of budget estimates by the Council.

The request, the Council of Ministers said then, was in line with the EAC Budget Act, 2008, as a stop-gap measure to allow for continuity of activities of the Community.

But the Committee on General Purpose chairperson, Mr Aden, said whereas the request was noted, it would be irregular to invoke the provision (section 6 of the Budget Act) when the Chairperson Council of Ministers had not presented the EAC Budget Estimates for the FY 2020/2021 as required by Article 132(2) of the Treaty and Section 4 of the Budget Act.

“It would be speculative for the Assembly to approve a Vote-on-Account amounting to $29.4 million at a time when the Council of Ministers has not met nor even set a date for a meeting to consider and approve the Budget Estimates”, said Mr Aden, terming the request an illegality.