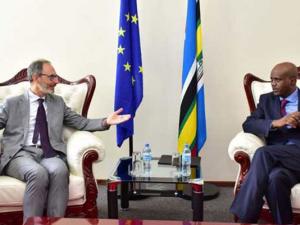 The 10-milion euros (about $11 million) programme, funded by the European Union (EU), is a response to the growing security threats in the six-nation bloc and its neighbours.

It will be implemented by the EAC Secretariat and the International Criminal Police Organization (Interpol) and will complement several other initiatives to provide peace and security in the region.

The 45-month programme was launched by EAC secretary general Ambassador Liberat Mfumukeko and the EU ambassador to Tanzania, Manfredo Fanti in Arusha on Wednesday.

“The project being launched today [Wednesday] will seek to reduce opportunities for transnational and cross border threats in the integration process, ”said Mr Mfumukeko.

For his part, the EU envoy said that no country was immune to transnational crimes such as terrorism, noting that the project would hinge on capacity building and exchange of information.