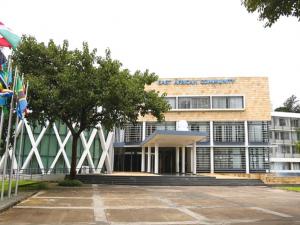 Arusha. Institutional reforms at the East African Community (EAC) have started to take shape.
From now on, the regional organisation will have only two deputy secretaries general instead of each partner state fielding one.
Several directorates and departments have been streamlined to operate under the docket of either of the two deputy SGs.

The long awaited reforms came to light on Friday when the posts of the two deputy SGs were advertised for grabs by the eligible candidates.
This was a departure from the past when such appointments were the preserve of the EAC Heads of State.
The deputy SGs shall deputize the secretary general who is the head of the secretariat and chief accounting officer.

The positions (deputy SGs) will now be up for grabs on a competitive basis for the candidates from five of the seven partner states.
That is even as the EAC Treaty stipulates that they shall be appointed by the Summit of Heads of State.
Until recently, each partner state had nominated its national for the position of the deputy SG, except the country whose national is the SG.

Tanzania, Kenya and Rwanda have been locked out from the two senior posts to be filled due to adherence of the quota system.
One of the current deputy SGs is a Tanzanian national Steven Mlote whose six year tenure of duty ends next year.

The second deputy SG in office is Christopher Bazivamo from Rwanda although set to retire next month. He was appointed by the Summit in 2016. Kenya is locked out because its national Dr. Peter Mathuki is the current secretary general as per the quota system.
This means the two positions will be open to the nationals from Uganda, Burundi, South Sudan and the DR Congo (DRC).
Under the reforms, one of the deputy SGs will be in charge of Infrastructure, Productive, Social and Political Sectors.

The other will head Customs, Trade and Monetary Affairs docket, according to the advert posted on the EAC website. There was no mention of Finance and Administration duties which used to be headed by a deputy SG.

Senior EAC officials contacted on the issue confirmed, indeed, the anticipated reforms have started to take shape. One of them hinted that the Finance and Administration docket was likely to fall under a directorate to be created soon.

The deputy SG (Customs, Trade and Monetary Affairs) will be tasked to oversee the implementation of the three protocols; Customs Union, Common Market and Monetary Union.
The other will be assigned to coordinate execution of the infrastructure projects, among others, in collaboration with the partner states.
https://www.thecitizen.co.tz/tanzania/news/national/eac-reforms-take-sha...