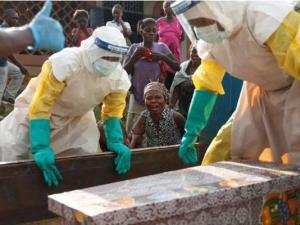 The outbreak, the country’s worst, has killed 443 of the 715 people believed to have caught the disease.

The fight against Ebola depends on tracing people who may have had contact with the disease and could fall ill and spread it further.

But the outbreak in a region of Congo with frequent fighting makes it hard for health workers to move around and monitor potential sufferers and to spread messages about how to avoid becoming sick.

The rising death toll -- up by more than 40 in the past ten days -- emphasises the challenge of controlling the epidemic in the strife-torn east and is just one of a host of complex issues facing new President Felix Tshisekedi who began his first full day in office on Friday.