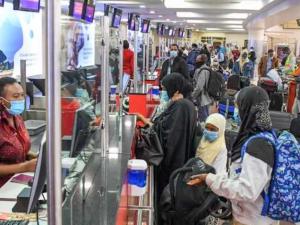 New visa transit rules for Kenyan passengers connecting flights through the European Union (EU) are set to increase the cost of travel as international travel resumes.

The Kenyan embassy in Paris on Tuesday issued circular notifying Kenyan travellers to obtain transit visas before flying through the EU to other destinations in Europe.

This means that an adult passenger from Kenya heading to the US via Amsterdam must pay 85 euros at the Dutch embassy in Nairobi or its agents to obtain a Schengen transit visa.

The traveller must also part with $160 in visa fees at the American embassy in Nairobi, pushing up the cost of travel.

A Schengen visa is a short-stay permit that allows a person to travel to any member of the Schengen area, for up to 90 days for tourism or business.

It enables the holder to enter, freely travel within, and leave the Schengen zone from any of the 26 member countries which include Austria, Belgium, Estonia, Finland, France and Germany among other European Union nations.

Only diplomats and senior government officials will be spared from the requirement. The notice signed by Kenya's Ambassador to France Prof Judy Wakhungu further said that travellers can be exempted from the airport visa requirement if he holds a valid visa issued by a Schengen state.

The exemption also applies if one is a member state of the European Union or the European economic area, the principality of Andorra, Canada, Japan, Republic of San Marino or the United States.

“You may also be exempted from this airport/seaport visa requirement if you are flight crew member national of a contracting party to the Chicago convention and International Civil Aviation,” says the notice that has so far been deleted on the social media account of Prof Wakhungu.

A snub of these connection hubs by passengers from destinations such as Kenya could hurt carriers such as KQ and tilt advantage towards Middle East airports and airlines.

Kenyan officials in Nairobi remained tight-lipped on the matter as aviation experts said that introducing a transit Schengen visa for travellers from Kenya means that a traveller will waste more time in Kenya trying to put together his paperwork before travelling.

“It could also mean that they want to arrest cases to do with illegal migrants, especially in Europe,” said a highly placed source at the Greece Embassy in Nairobi.

The German Embassy in Nairobi received a total of 6,142 Schengen visa applications last year, out of which 5,136 were approved in 2018, a report by Schengenvisainfo.com shows.

During the same year, the French Embassy received a total of 5,059 visa applications, of which 4,647 were successful.

The total number of Kenyans who were issued Schengen visas to travel to Europe increased by 14 percent in 2018 up from 28,943 in the previous year.

Out of 38,503 visa applications received by Schengen embassies in Kenya last year, about 32,996 were issued to Kenyans who were mainly travelling to the Schengen areas as tourists and for business deals.

The new travel directive comes at a time when passengers from Kenya are hit by a directive issued by several airports in Europe, requiring carriers to operate a reduced number of flights to avoid a standoff caused by high numbers of people travelling in the summer.

Schiphol international airport, for instance, has capped the number of flights and passengers who can travel through the Amsterdam-based facility to curb congestion that would see transit passengers miss their flights due to delays in security clearance.

Schiphol, a major international transit hub in Europe, said at least 13,000 seats would be slashed daily as the busy summer season begins.

This will affect thousands of travellers who could be staring at possible cancellation of their trips to different destinations.