EU parliament condemns rights crackdown in Burundi ahead of 2020 election 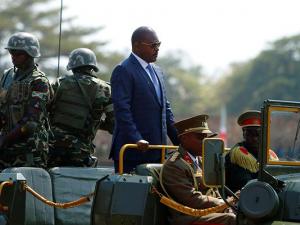 Hundreds of Burundians have been killed in clashes with security forces since 2015, when Nkurunziza won his third term in office.

The opposition said his candidacy violated the terms of a peace deal that ended the nation’s civil war - but Nkurunziza disputed this.

The EU parliamentary resolution is non-binding, but it adds to a steady stream of international criticism.

UN investigators warned in a September report that Burundi was at risk of a new wave of atrocities as the election neared and that there was a climate of intimidation against anyone who did not show support for the ruling party.

“The content of the report doesn’t match the reality known within the country,” he said.

The EU resolution condemned the government’s decision to charge four Burundian journalists with undermining state security after their arrest in October while covering clashes between rebels and government forces in the north-west of the country.

In December, the public prosecutor asked for a 15-year sentence for the journalists.

“The journalists’ detention and trial comes amidst a suffocating atmosphere for Burundian journalists,” said Lewis Mudge, Central Africa director at Human Rights Watch. “These are not conditions for free and fair elections.”