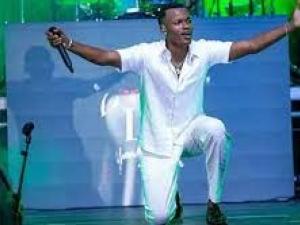 Singer Yvan Buravan has passed on in India, where he was undergoing treatment since the beginning of the month. His management announced in the wee hours of Wednesday, August 17, that the singer succumbed to pancreatic cancer.

Buravan, real name Yvan Burabyo, was transferred to India on August 4 with the support of the Rwandan government, for advanced care after weeks of being unwell, amid speculation about his health.

“It is with unimaginable sadness that we announce to you the untimely passing of our beloved Yvan Buravan, which occurred tonight in India, where he was undergoing treatment for pancreatic cancer,”

“Yvan Buravan was a genuine soul that radiated happiness to everyone around him. He motivated all of us to love our Country and our Culture,” the statement released by his management reads.

The statement added that “his loss will be immensely felt by his family and friends and throughout our industry” and called for solidarity among family, friends and his fan during the period of unspeakable tragedy.

His passing has left the music industry devastated with fellow artistes sending out their condolences.

“Life will never be the same! I just lost a brother,” posted singer The Ben, adding an emoji of a broken heart.

On Saturday, August 6, during his mega concert at BK Arena, The Ben urged music lovers to pray for Buravan and went on to sing ‘Malaika’, one of Buravan’s breakout hits, as the capacity crowd sung along.

“Just your name, the flowers that blossom will always remind of your smiling sour. Farewell our brother. Till we meet again,” added DJ Pius while Charlotte Rulinda or Charly na Nina said that the news is hard to accept.

Tanzanian singer AY, who did a remix of ‘Just a dance’ with Buravan in 2017, joined in to mourn the singer, who he described a ‘big hommie’.

“Rest in Peace Big Hommie Yvan Buravan. I mourn you till I Join You. Rest in peace Lil Bro. Condolences to the family and the entire Rwandan music industry,” posted the veteran rapper, real Ambwene Allen Yessayah.

Born 27 years ago on April 27, 1995 in Gikondo, Kicukiro district, to Michael Burabyo and Elizabeth Uwikunda, Buravan was the last born of six siblings.

He went to Ecole Le Petit Prince for his primary education and College Amis des Enfants as well as La Colombiere for his secondary education before joining University of Rwanda – College of Business and Economics, to pursue a bachelors degree in Business Information and Technology.

He started his music career in 2009 under the stage name Yvan Buravan but it was not until 2015 when he had a major breakout as an R&B and Afrobeat singer and songwriter who went on to release songs such as ‘Urwo Ngukunda’, featuring Uncle Austin, ‘Malaika’, ‘Just a dance’ and many others.

He was the first Rwandan musician to have won the Prix Decouvertes RFI musical award in 2018, which propelled him to the bigger stage and put him among the most promising artistes in the region.

Buravan released his debut album, ‘The Love Lab’, in the year 2018 after winning the Prix Decouvertes RFI and as part of his winning package, he toured 12 African countries.

He is known for songs like ‘Low Key’, ‘With You’, ‘Heaven’, ‘Bindimo’, ‘Si Belle’, ‘Just a Dance’, ‘Gusaakaara’, among others, which made him a household name over the past decade.