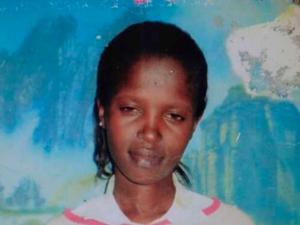 The family of a young Kenyan mother allegedly murdered by a British soldier almost a decade ago is planning to sue the British army to demand answers over her death, their lawyers said on Wednesday.

The body of Agnes Wanjiru, 21, was found in 2012 after she reportedly went out partying with British soldiers at a hotel in the central town of Nanyuki, where the UK army has a permanent garrison.

Britain's Sunday Times newspaper reported last month that a British soldier confessed to killing Wanjiru and showed comrades where he dumped her body in a septic tank behind the hotel.

The revelations have galvanised fresh calls for an investigation and justice for Wanjiru, and Kenyan police last week announced they were reopening the case.

"We are instructed by the family of Agnes to challenge the Ministry of Defence's failure to investigate her alleged murder in 2012," Tessa Gregory, a partner at law firm Leigh Day which is handling the case, said in a statement to AFP.

"Our client desperately wants justice for Agnes but also wants answers as to what the British Army knew and why it is that over the last nine years the Ministry of Defence appear to have done nothing to address the known allegations Agnes was brutally murdered at the hands of a British soldier."

Wanjiru was last seen one evening in March 2012 with a British soldier from the military base and her body was found about two months later.

Since Kenya gained independence in 1963, thousands of British infantrymen have passed through a training camp on the outskirts of Nanyuki known as BATUK for exercises in harsh terrain.

While their presence has bolstered the local economy, there have been controversies and allegations of offences in the past.