FDLR was behind Musanze attack which killed 14 people 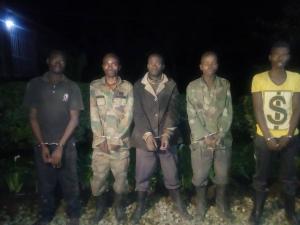 Police on Sunday evening paraded before the media five people who participated in the Friday attacks in Musanze District that killed  14 civilians and 18 injured.

Eye witnesses said the attackers descended on the villages wearing military fatigues and brandishing traditional equipment like hoes, machetes and spears before ordering citizens out of their houses. They ordered people to handover their valuables and phones as they ransacked shops.

The 14 were laid to rest on Sunday in their respective sectors, with local leaders and security organs assuring residents of Musanze and the Northern Province that the situation has been restored. 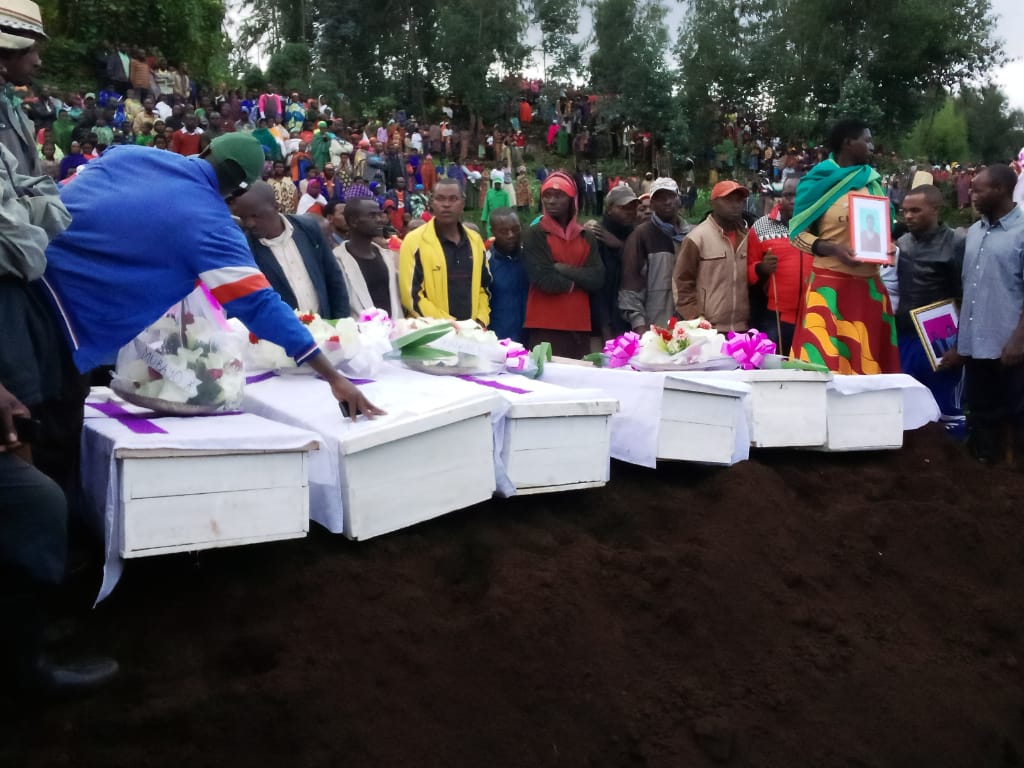 The assaillant said they belong to the FDLR (Democratic Forces for the Liberation of Rwanda) and that they joined the terrorist outfit through Uganda.

They specifically belong to RUD Urunana a faction of FDLR that has allied with Rwanda National Congress (RNC) to form an outfit called 'P5'.

While appearing before the media, the five suspects said that they were part of 45 attackers who carried out the attack.

"I personally joined the FDLR in March last year through Uganda where I was recruited by a person who promised me a job in gold mines in DR Congo," said Emmanuel Hakizimana, 27, who hails from Kirehe District in Eastern Province. "While in DR Congo I found myself in the FDLR. I was then given a three months training," he added.

Hakizimana went on to say that their attack in Musanze District was coordinated by a “commander” who describes himself as Major Gavana (Governor).

"Our commander had told us that the main mission was to liberate Rwanda. We had a briefing to shoot and kill security people and park rangers for us to penetrate easily," he said.

Among the arrested was Theoneste Habumukiza, a graduate in Business Administration from the University of Rwanda.

Habumukiza, who hails from Burera District, said he was recruited into FDLR at a time he was pursuing his master’s degree at Makerere University in Uganda.

"I was approached by a wealthy person who encouraged me to join the FDLR, saying that when they capture the country they would reward me with a well-paying job and other incentives," he said.

Police said they coordinated with other security organs to capture the assailants in an operation that left 19 assailants killed and five captured.

Police said in a statement the hunt of those involved in the attack goes on assuring that security had been restored where the incident took place.

Police also commended the contribution of the residents and local officials towards arresting the assailants.

The UN recently said that FDLR had teamed up with Kayumba Nyamwasa’s Rwanda National Congress (RNC) and other terrorist groups to destabilize Rwanda.

The UN said in a report that the group, which calls itself P5, is active in Fizi and Uvira territories in South Kivu and benefited from local and external support for the recruitment of its combatants, with Burundi and Uganda being major sources for the rebel group’s new recruits, arms, and ammunition and other supplies, such as food, medicines, boots, and uniforms.

FDLR is largely blamed for the 1994 Genocide against the Tutsi in which over a million people died.