First Ever Israeli Airline Lands in Kigali This Morning 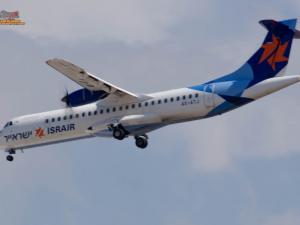 Nov. 26[today] at noon the first-ever Israeli airline @Israir_israel will land in beautiful @CityofKigali with more than 80 tourists. Welcome!” wrote the Ambassador of Israel to Rwanda, Ron Adams.

Welcome notes followed this message with Rwandans promising unprecedented hospitality to the tourists once at Kigali International Airport.

They include the CEO of Rwanda Development Board(RDB) Clare Akamanzi.

“Very welcome to our Israeli tourists,” she wrote on Twitter handle.

This comes after one year after Air service agreement between the land of a Thousand hills-Rwanda and the rich touristic land of Lion of Judah-Israel.

The air service agreement was signed in January last year, and the national carrier – RwandAir started to operate direct flights to Tel Aviv-Israel in June of the same year. The Israel Embassy in Kigali was also opened in April 2019.

Rwanda and Israel have excellent relations and have a lot in common; first of all being countries that were hit by the same tragedy; the Genocide(Holocaust against Jews in Israel and Genocide against Tutsi in Rwanda) in the 20th century.

The Israel- Rwanda relation has since 2016 been strengthened, where Israeli Prime Minister Benjamin Netanyahu, on the first trip to Africa, visited Rwanda where he held bilateral talks with President Kagame and visited the Kigali Genocide Memorial Centre.