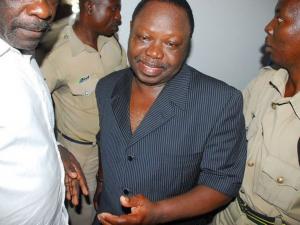 Dar es Salaam. Former Air Tanzania Company Limited (ATCL) managing director David Mattaka has been sentenced to four years in prison or to pay a fine of Sh8 million after he was found guilty on four counts of abuse of office, occasioning government loss of Sh71 billion.

Mataka and co- were sentenced by the Kisutu Resident Magistrate's Court on Friday August 20, 2021.

The decision was handed down by the Chief Resident Magistrate, Janeth Mtega when the case was called for sentencing.

Apart from Mataka, the other defendants in the case are retired Chief Executive Officer, Dr Ramadhan Mlinga and former
lawyer of the Public Procurement Regulatory Authority (PPRA), Bertha Soka, who have been ordered to pay a Sh2 million fine each or go to jail for one year, after being found guilty of one count of forging a summary of a session.