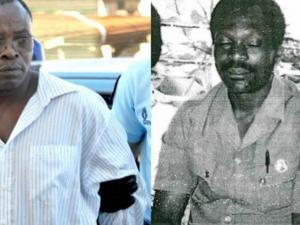 A top French Court has upheld a life sentence imposed on two Rwandans three years ago after being found guilty of Genocide and crimes against humanity committed during the 1994 Genocide against the Tutsi in Rwanda.

The latest verdict by the Cour de cassation this week follows the same verdict, given in July last year, by the Paris Cour d'Assises in the appeal hearing in the case of Octavian Ngenzi and Tito Barahira, successive Mayors (Bourgmestres) of the former Kabarondo Commune, now part of the current Kayonza District.

Ngenzi and Barahira were accused, among others, of participating in killings of Tutsi refugees at Kabarondo Catholic Church in April 1994 where more than 1,200 were killed.

Soon after the July 2018 verdict was made public, the Collectif des Parties Civiles pour le Rwanda (CPCR), a rights group which has for nearly two decades worked to bring Genocide suspects living in France to book welcomed the decision of the French justice as a just decision, "without hatred nor revenge" but also recalled that many other people suspected of crimes against humanity and Genocide continue to reside, with impunity, on French soil.