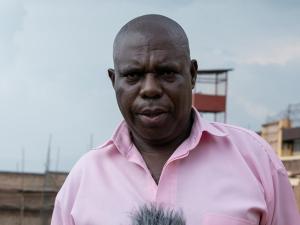 Genocide suspect Vincent Murekezi has come out to refute claims circulating on different platforms in Southern Africa that he was executed after he was extradited to Rwanda from Malawi.

Murekezi, who had been convicted by a Gacaca court for perpetuating the Genocide against the Tutsi in Southern Province, was sent back to Rwanda in January last year.

Murekezi, who was serving a five-year jail sentence for fraud-related charges in Malawi, was deported to Rwanda to complete his sentence courtesy of a prisoner exchange agreement signed between Rwanda Correctional Services and Malawi Prisons.Speaking to The New Times in an exclusive interview last Friday, Murekezi dismissed the claims, wondering what the motivation behind them could be.

Unconfirmed reports indicate that the rumours could be coming from section of Rwandan fugitives who are hiding in southern African countries, working to discourage their extradition.

He is currently at Nyarugenge Prison in Mageragere, where he is awaiting proceedings in the Genocide charges, having since completed his sentence handed to him in a Lilongwe court.

Murekezi explained that although his children and wife were based in Malawi, he had family here that keeps track of his wellbeing.

“I am alive and well and I have no idea what the motivation of these rumours is. I have never been able to talk to my wife and children who are still in Malawi but my niece and nephew who live here visit me at least twice a month. If I was dead, they would be the first people to know. Why would someone start such rumours?” he said.

Clad in the normal pink prison uniform, brand new shoes and a new pair of socks, Murekezi joked with prison wardens about the rumour.

“Is this the real you or are we only seeing your duplicate”, an officer joked.

“It’s me. The real Murekezi. I don’t know who that other dead person is but it obviously isn’t me,” Murekezi responded before both parties broke into laughter.

Murekezi, who will make one year on January 29, since he was extradited from Malawi said that he has been treated well since his arrival.

He completed his 5-year sentence in October on fraud-related crimes.

“I have been treated well. I have been serving my sentence and the fraud case sentence ended in October. I am meeting my lawyer anytime to discuss what to do next with regard the genocide crimes,” he said.

Murekezi is accused of participating in the 1994 Genocide against the Tutsi mainly in Tumba in the current Huye District and was tried in absentia and handed a life sentence by a Gacaca court.

The Head of the International Justice and Judicial Cooperation Department at t the Ministry of Justice, Providence Umurungi told The New Times that although Murekezi has the right to seek retrial or apply for bail in the ordinary courts, he would do so while in custody.

“Murekezi was returned here forcibly and he had already been sentenced. Yes, he is done with his Malawian sentence but he has a genocide related sentence that he was supposed to serve. He can only appeal or seek retrial while still in custody,” he said.

Murekezi, who until his extradition to Rwanda was considered a wealthy businessman in Malawi, has previously used several aliases to evade justice.

In March 2016 awarded a Malawian passport, having been naturalized as a citizen of the Southern African country back in 2013.

In the Malawian passport, he was called Vincent M. Banda, and purported to have been born in Tanzania, despite his initial documents showing that he was born in the former Ngoma Commune, which is currently in Huye District.

It is in the same district where a Gacaca court tried and convicted him in absentia.

His arrest in December 2016 was preceded by an uproar from members of the civil society in the southern African country, where it was alleged that Murekezi was peddling influence to evade arrest.

During the course of his extradition hearing, it emerged that he was also wanted by Malawian authorities for fraud, which is when his trial on these charges, before he was sent to Rwanda to complete his sentence.

According to figures from National Public Prosecutions Authority, majority of the indicted fugitives live in African countries.

At least a dozen indictments have been sent to Malawi alone.