Gicumbi: Unfairness in central government scheme to feed the poorest during the COVID-19 lockdown 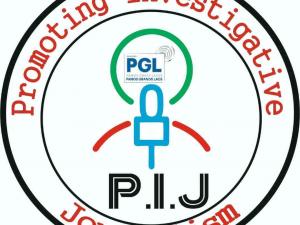 Following the confirmation of the first Covid-19 case in the country on March 14 2020, the government of Rwanda declared a countrywide lockdown on March 21 allowing only essential services to remain in operation.

The government inaugurated a support initiative for vulnerable families who have been affected by the measures to fight the virus.

In Gicumbi district, the private sector in collaboration with government entities supplied food and other sanitary essentials to the vulnerable families whose jobs had been halted by the Covid-19 pandemic

Byumba Sector in Gicumbi District is one of the local entities that have provided food and hygiene products to vulnerable families.

Uwayezu Claudine is a mother living in a house built by the Red Cross-Rwanda as a support to poorest families.  These houses were built in Bukamba Village, Ngondore Cell, Byumba Sector, and Gicumbi District.

She says that in Bukamba village, food support has been provided three times, but she and her colleagues in the same hoses of poorest families have not received any assistance.

There has been corruption and favor in providing this supprot.

I would say that there was a favor because if I was there was transparency; they would give support all residents of this poorest village resident.

The condition to appear on support beneficiaries list was to agree with the village leader that you will share with him the food you receive together with sanitary stuffs.

“I went to solicit the village leader and he told me that since I didn’t have money for a Fanta 9 corruption) he puts me on the list on condition that I give him some food from the support.

I did so, and after receiving the support we shared the food I received.” Said one mother from poorest families

Although I cannot give names, I have heard that my colleagues in the other villages would ask the ink (corruption) to people before putting them on beneficiaries’ lists.

This issue has been pointed out in more than one cell in Byumba sector.

Mwumvaneza Didas, Executive Secretary of Byumba Sector, said that they received those kind of complains and are dealing with the issue so that for the next batch of support none will be victim over corruption.

The main problem was that citizens didn’t have enough information of how much support is available; they thought that we have plenty of food for the all, which is not really true.

The issue of corruption covid-19 relief support distribution was not identified in Gicumbi district only.

On 21st August 2020 the Nyamagabe district wrote on its Twitter account that the Gitaba village committee has resigned, due to the fraud committed in making list of covid-19 relief assistance beneficiaries.

“Today, the entire Gitaba Village Committee, Kigeme Cell, Gasaka Sector resigned from its post after it was exposed by fraud to make a list of the poor who were to be provided with food while in #Gumamurugo . A new committee will be elected in the near future.” Reads the message